An unusual accessory is making a comeback this Autumn as I have spotted an increasing amount of rucksacks! From celebrities like Whitney Port who was recently spotted with hers out and about in New York, Megan Fox and Henry Holland who is regularly seen with his Eastpak. To mere mortals who I have seen rocking the bag on the streets of London! Recent collaborations between Stella McCartney and Le Sportsac and between Eley Kishimoto and Eastpak have helped promote the item back in to the mainstream. It's a surprisingly practical accessory, although is difficult to have without looking like a tourist! Follow Whitney's lead by not over filling it and keeping it slouchy with an '80s style. 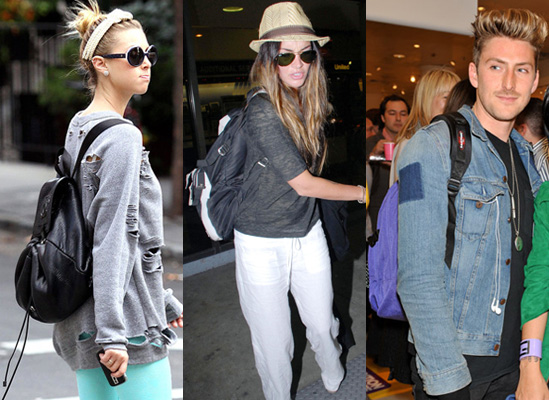