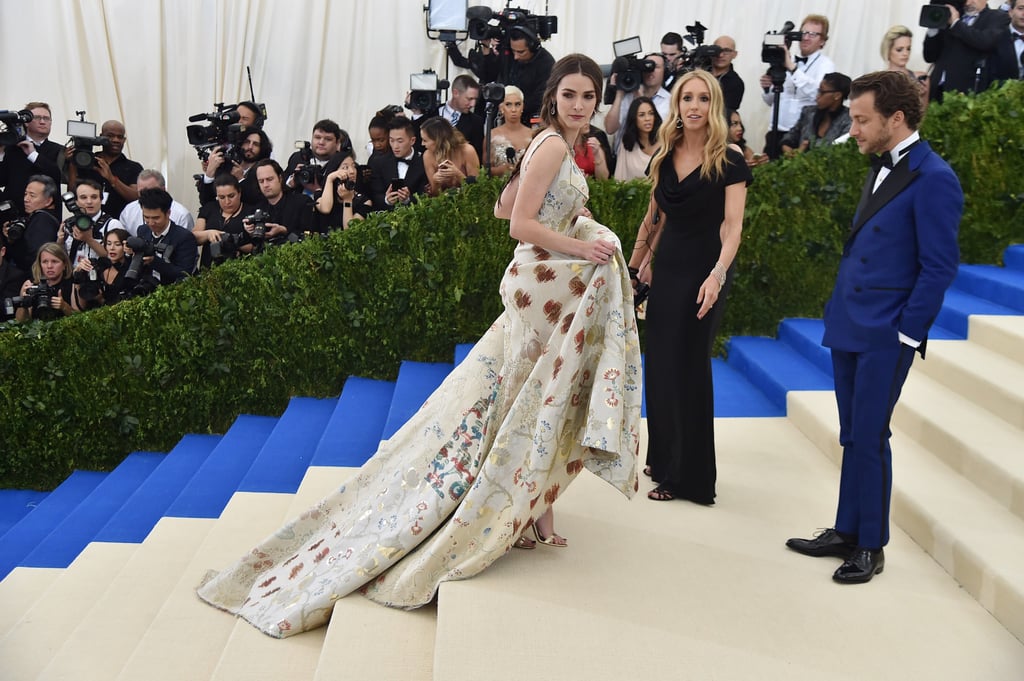 Bee Shaffer, aka daughter of Vogue editor in chief Anna Wintour and thereby fashion royalty by blood, recently announced her engagement to Francesco Carrozzini, son of the late Vogue Italia editor in chief, Franca Sozzani, also fashion royalty. Still, it wasn't until the Met Gala that we finally got a peek at the ring we've been waiting for.

While Bee always wows at the annual gala alongside her mother, this year her engagement ring managed to upstage her stunning Alexander McQueen gown — and that's no easy feat. While the mile-long train may have caught your eye initially, once you zoom in on the sparkler, you'll be all about the ring. The pretty piece has a vintage feel, featuring several diamonds encircling a large centre stone and set on a wide gold band. While we imagine the pressure to find a ring for Anna Wintour's daughter is pretty major, Francesco was clearly up to the task. Read on to see the happy couple and the gorgeous diamond up close.