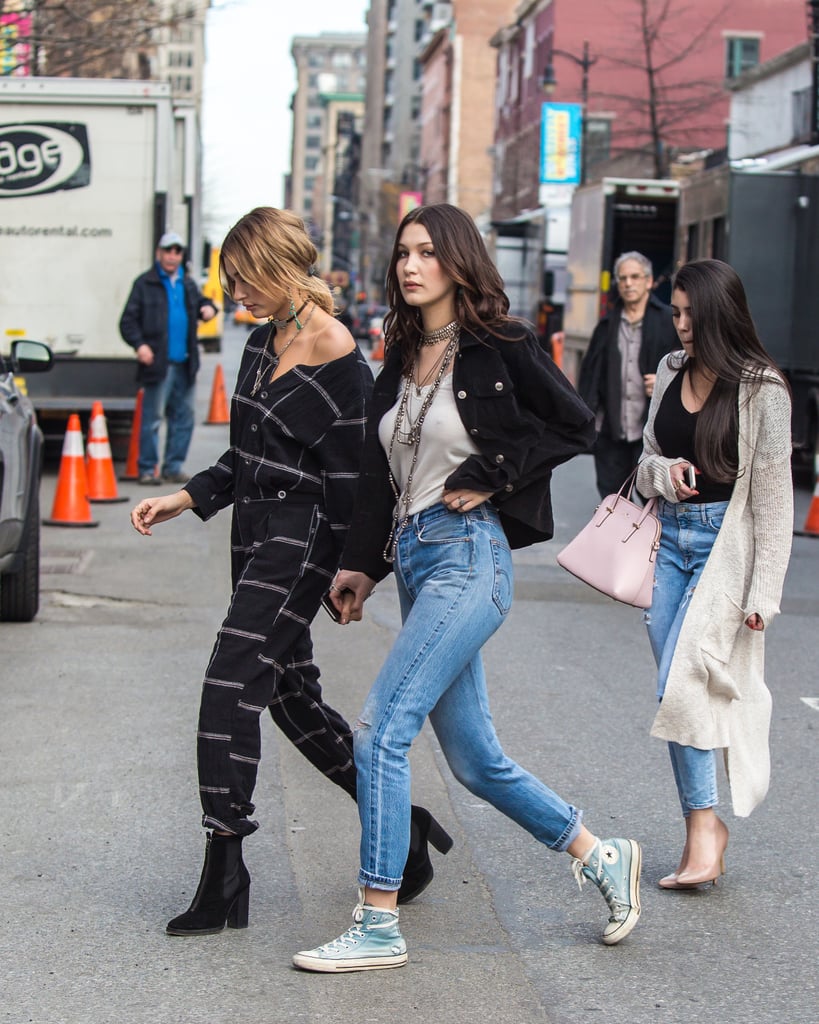 When we spotted on-the-rise models Bella Hadid and Hailey Baldwin strutting down the NYC streets, we got excited. Like, unreasonably excited. The two were shooting a new campaign for Denim & Supply Co., and we can't wait to see the end result. Better yet, Bella and Hailey were holding hands and telling secrets, practically confirming they're the next set of supermodel BFFs to take the world by storm.

While both leading ladies have already made their runway debuts — Bella was totally the center of attention at the Tom Ford LA show — it was only a matter of time before they linked up for an ad, offering us double the style gratification.

Read on to see the casual, bohemian-inspired outfits they slipped on for the cameras, and see why we've got a good feeling about these two fashion newcomers. We don't want to start a fight between sisters, but pals Gigi Hadid and Kendall Jenner had better watch their backs.