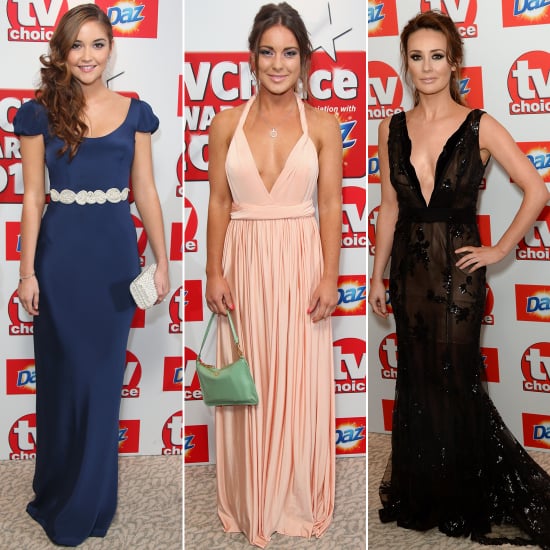 British television talents were out in force last night for the TV Choice Awards at the Dorchester Hotel in London. There were the usual hits and misses fashion-wise, but three beautiful brunettes stood out for us, choosing to go for some old-fashioned glamor in long, dramatic gowns. First up was Eastenders star Jacqueline Jossa, who picked a '30s-inspired bias-cut blue silk dress with a pearl and bead appliqué around the waist. Made In Chelsea's Louise Thompson preferred a Grecian look, wearing a blush-coloured multiway dress twisted into a deep-plunge neckline. Finally, Claire Cooper put her Hollyoaks character, Jacqui McQueen, well and truly behind her in a sheer black gown with sequin detail and a huge train. Which gorgeous girl gets your vote for best dressed of the night?