We're in to the final month of the year, which means it's time to look back and reflect on some of the best bits of 2009. This year there have been many great ad campaigns, but there have been a couple which have particularly caught my eye and I'd love to know which is your favourite. Burberry bagged Emma Watson for it's Autumn campaign which was shot by Mario Testino. It was one of the most talked about campaigns of the year along with the Beckhams for Armani underwear which also got people gossiping. 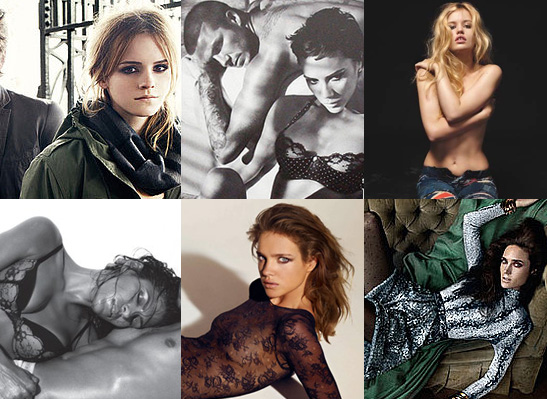 Georgia May Jagger made a name for herself in the fashion industry with her first major campaign for Hudson jeans, whilst Natalia Vodianova launched her lingerie line with Etam complete with her own advertising. Meanwhile, Eva Mendes caused controversy in New York with her shoot for Calvin Klein whilst Jennifer Connelly made her return to high fashion with an interesting campaign for Balenciaga. Out of these six, which has been your favourite?