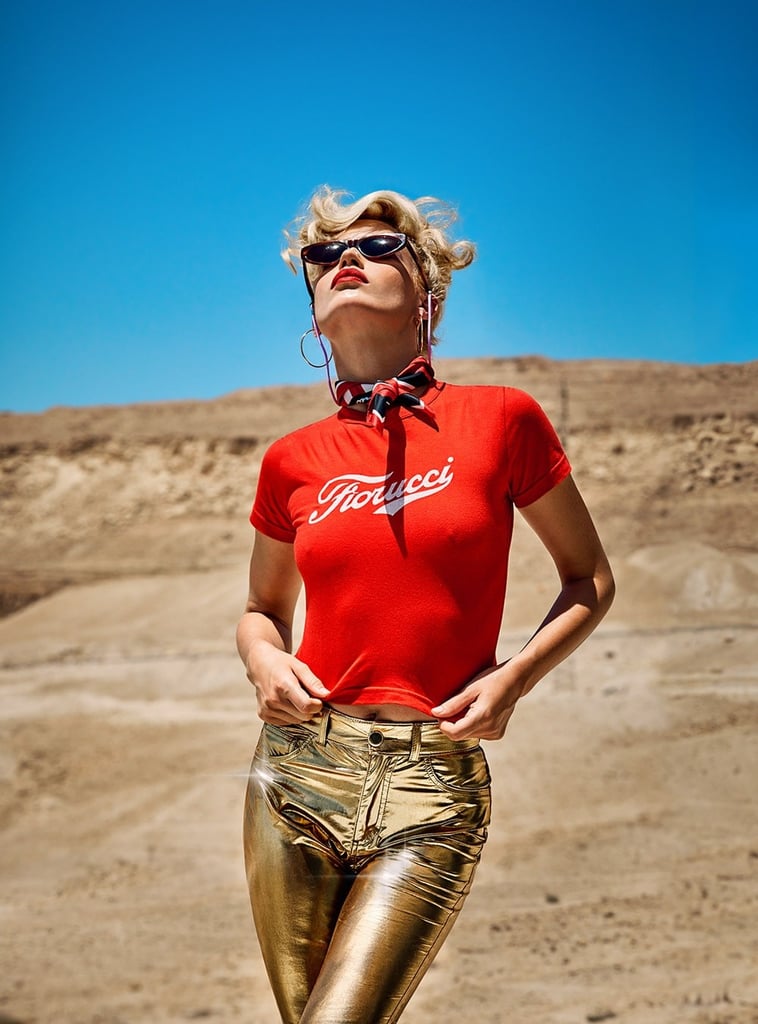 What Is Fiorucci? All Your Favorite Supermodels Know, so Get It While It's Hot!

In recent months, we've been spotting cute striped logo tees and angel-print pieces all over our Instagram feeds and wondering, "What the heck is Fiorucci?" We took a deep dive into the brand and are pretty sure we now need every single item. The Italian name gained popularity in the '70s for having a hip store and cafe in New York, which saw the likes of Andy Warhol and Elizabeth Taylor and even hosted one of Madonna's very first performances.

Due to poor management, the name fell off and lost momentum for many years. After switching hands several times, it was bought by former Victoria's Secret CEO Janie Schaffer and her husband, Stephen, in 2015. In an effort to relaunch the line, Fiorucci recently opened a flagship store in London that has continued to grow ever since.

Celebs like Kourtney Kardashian, Gigi Hadid, and Kendall Jenner are all fans too. From its ultrasleek vinyl pants to shapely bodywear and seriously cool angel-print tees and sweatshirts, we can't get enough. We have a feeling the stuff is going to start taking off even more as it's already available on Revolve. We rounded up a few of our favourite items along with the biggest supporters. Take a look.

Related:
FYI: This Is the 1 Accessory Brand You'll Want to Get Your Hands on This Summer
Previous Next Start Slideshow
Celebrity StyleSummer FashionShoppingFiorucciBrandsCelebrity InstagramsFashion InstagramsGet The LookSpring FashionTrends