Beyonce Knowles (who is currently holidaying in St Barts) impressed me this year with her courageous forward fashion. Gareth Pugh has previously been slated for being unwearable but Beyonce proved otherwise at the MTV Europe Awards where she pulled off not one but two designs of his! She is now continuing the relationship with Sunderland's favourite designer by featuring his designs in her latest music video for "Diva". Apparently she got introduced to Pugh's work through her sister Solange who attended his Spring show. 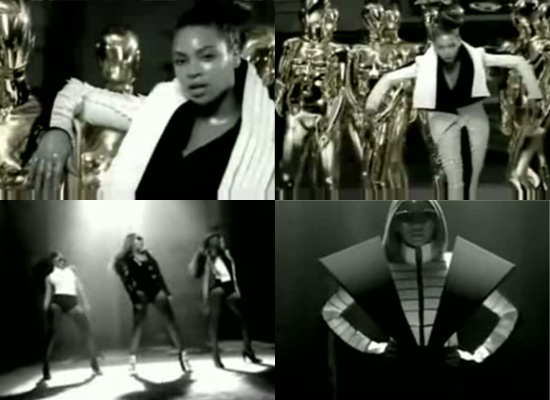 Beyonce's stylist, Ty Hunter told Grazia, "Solange was raving about the summer collection having been to his Paris show. Beyonce thinks he's an exceptional talent and feels really empowered whenever she puts anything of his on." Expect to see her in Paris in February then! Watch the video here.
Source