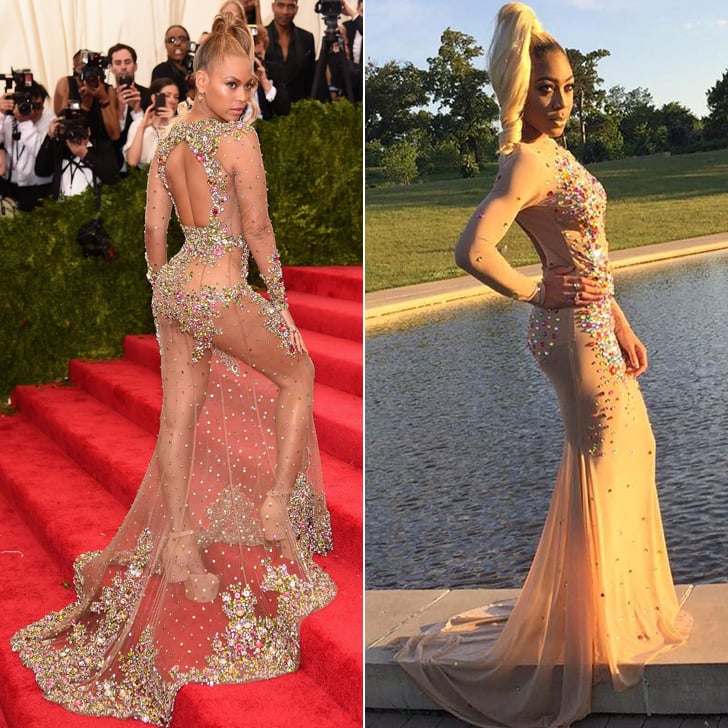 When St. Louis high school senior India Ross decided she wanted her prom dress to be a nod to Beyoncé's 2015 Met Gala look, she did not go the subtle route. Using materials from Walmart, eBay, and Michaels, Ross absolutely nailed her DIY of the memorable Givenchy gown — and subsequently became the coolest secondary schooler ever.

The teenager's prom look was on everyone's radar after she shared various photos of herself posing in the creation — during, pre-, and postprom. Unfortunately, many people online were putting down the quality of Ross's dress.

In an Instagram caption, Ross fired back and defended her DIY gown: "Let's make this clear I do not think I'm Beyoncé but she's my inspiration." Adding, "Just because she has on a #Givenchy dress don't mean I suppose [sic] to have a million dollar dress on. I still look so god damn fine in my Walmart, eBay, Michaels, cheap looking #givenchy dress."

Rather unsurprisingly, Ross is enrolled to study fashion business and fashion merchandising at Columbia College Chicago this Autumn. Look ahead for more photos of Ross's incredible slayage.