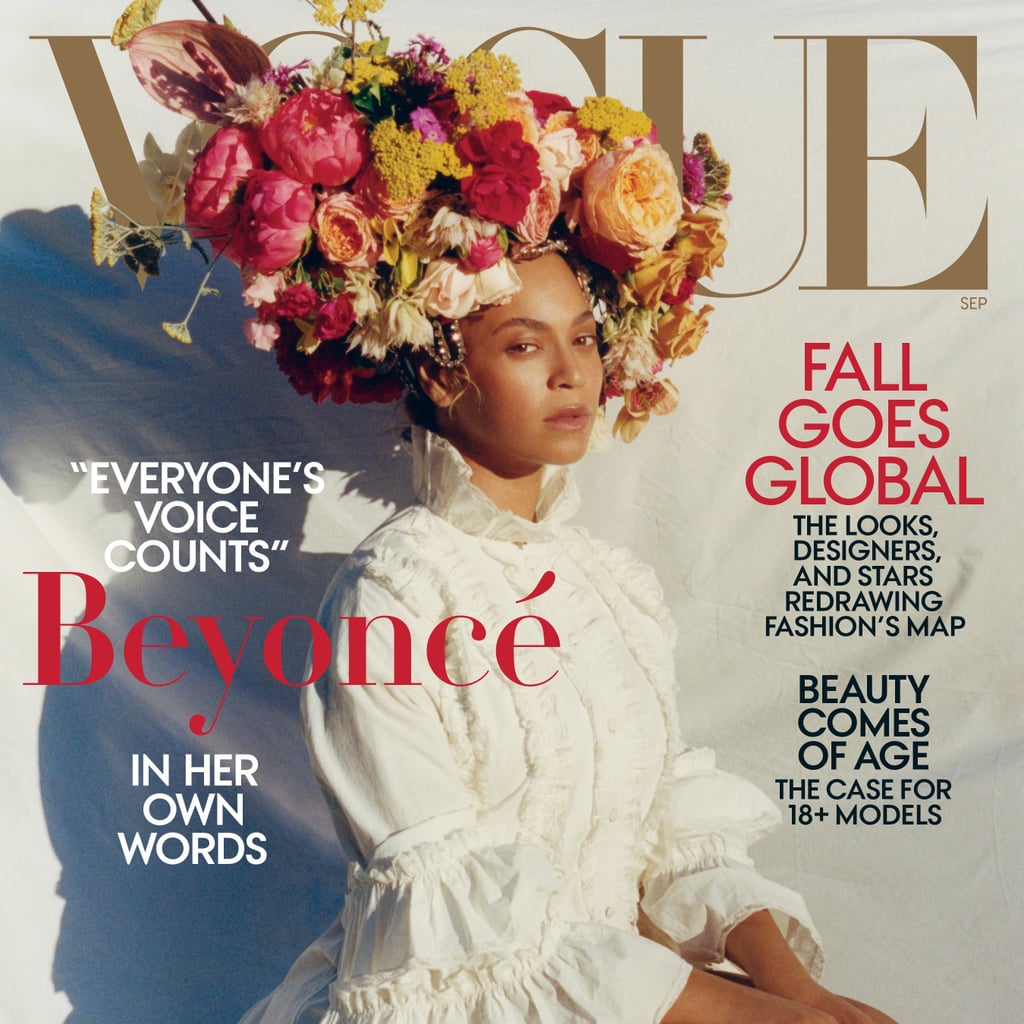 Beyoncé Looks So Damn Stunning on American Vogue's September Issue, and It's 1 For the History Books

Beyoncé is on the cover of Vogue's September issue, and it is one of the most stylish issues we've ever seen. Early reports suggested that, in an unprecedented move, Vogue's editor in chief Anna Wintour gave Beyoncé full creative control of the shoot. It was later confirmed to Business of Fashion that it was more of a collaboration. Creative director Raul Martinez presented Beyoncé with a number of options, and she quickly approved 23-year-old photographer Tyler Mitchell to shoot the cover. The rising star, who hails from Atlanta, has previously worked with the likes of Marc Jacobs, Ray-Ban, and Givenchy.

In a landmark move, Tyler became the first black photographer in history to shoot a cover for US Vogue. According to BoF, when he got the call, he thought it was a prank, but as you can see from the final images, he was the perfect choice to shoot Queen Bey.

For the story that accompanied the shoot, Beyoncé worked with writer Clover Hope on an 'as told to' piece. Because, as Anna Wintour herself said, "Who is better to write about Beyoncé than Beyoncé?"

Fashion News
ASOS Will Now Collect Your Preloved Clothes, Thanks to Their New DPD Partnership
by Navi Ahluwalia 4 days ago

British Celebrities
By 2030, H&M Will Only Use Recycled Materials, and Maisie Williams Is Making Sure of It
by Kara Kia 1 week ago