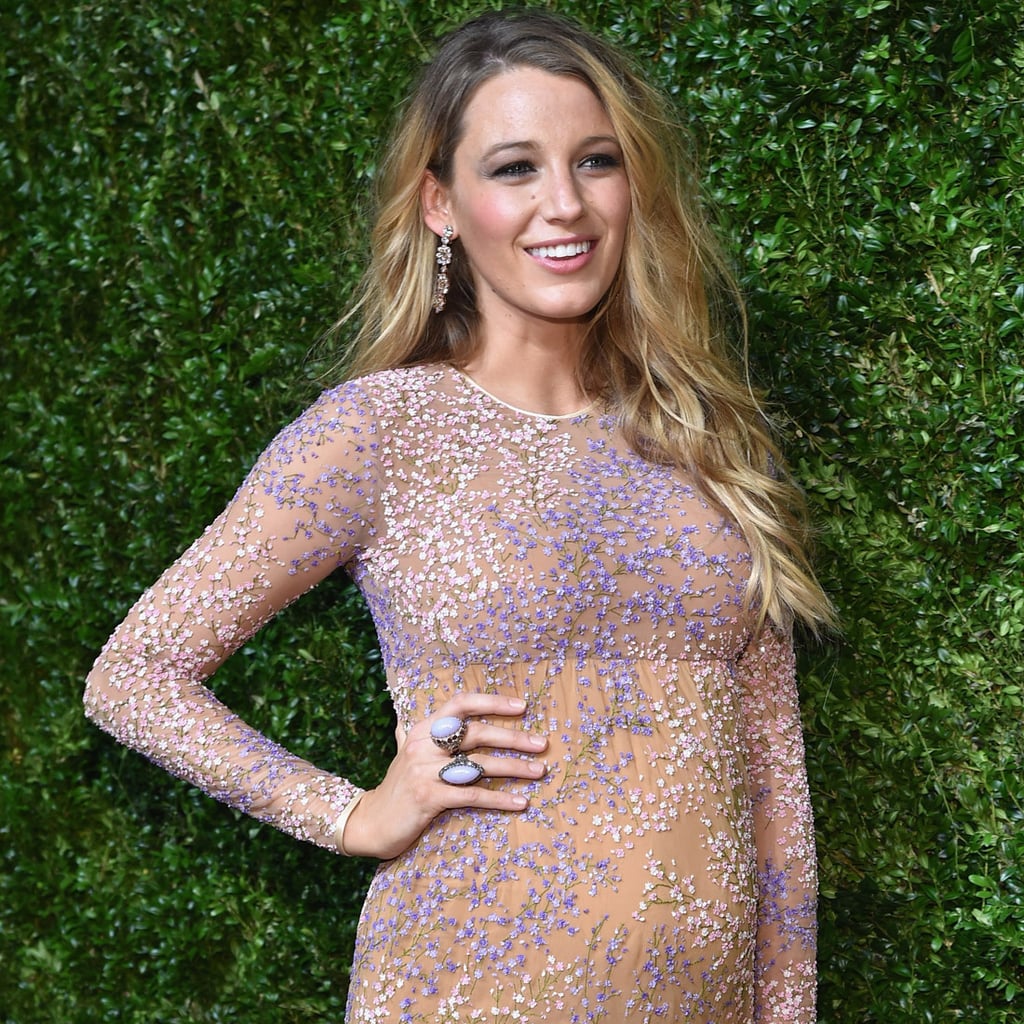 We knew she couldn't stay away for long! Blake Lively finally made her first public appearance since announcing she's expecting her first child. For her baby bump's red carpet debut at last night's Golden Heart Awards in New York City, the star wore an ultrafeminine floral-embellished gown. Perhaps proving that she doesn't need to wear maternity clothes just because she's pregnant, she wore a figure-flattering dress from the Michael Kors Resort 2015 collection — and seeing as the designer joined her on the red carpet, we're guessing he was a fan.

That wasn't the only highlight of the night. After rubbing elbows with fashionable friends (does it get much better than Anna Wintour, Gigi Hadid, and Halle Berry all in the same room?), the actress proved her prowess for prenatal styling with an off-the-red-carpet look you have to see. Read on to compare her look to the original runway dress, and don't stop scrolling until you've seen every last angle.

Celebrity Style
Salem Mitchell Talks Modelling From Home: "Shoots Are Happening From Behind a Screen"
by Sarah Wasilak 20 hours ago

Celebrity Style
Dua Lipa's Fishnet Minidress Is Cool, but Her Boots Take It to Another Level
by Nikita Charuza 7 hours ago