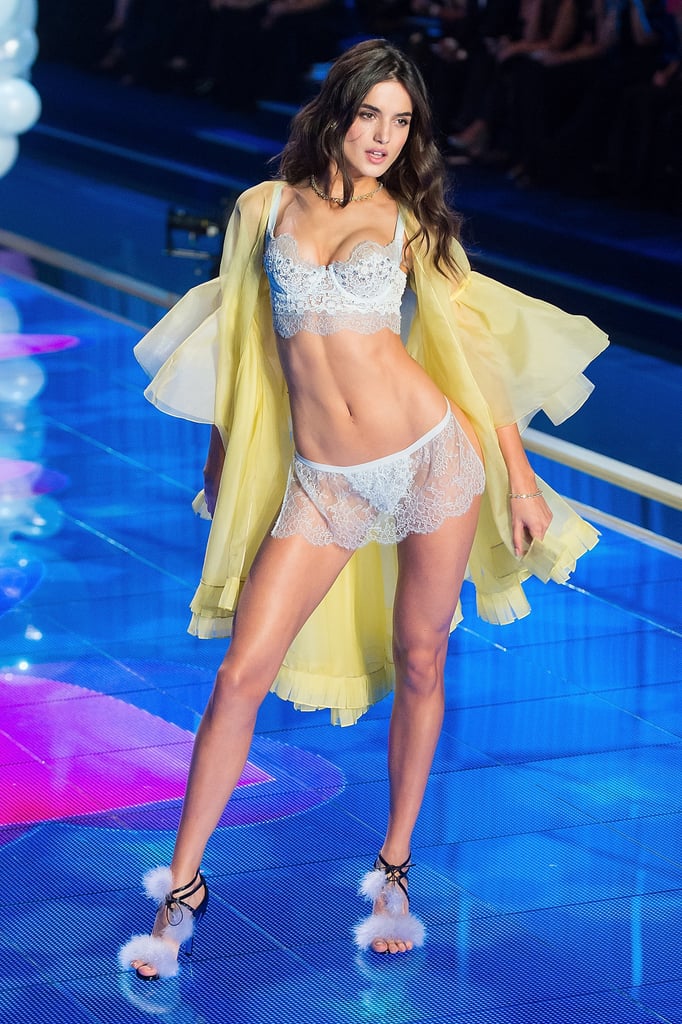 While Gigi Hadid received plenty of support after posting an Instagram that responded to her body shamers, model Blanca Padilla offered a different perspective. The Victoria's Secret model revealed on Spanish TV show Al Rincón (translation via The Fashion Spot) that while she embraces Gigi's perspective, things are not equal for all models.

"I don't have a problem with the fact that you're a curvy girl on the runway, I support that. But if it was me with your same measurements going to a casting they would send me home to lose weight. Most of us have to conform to extreme measurements because otherwise we won't book any jobs while others have the privilege to say that designers love them despite their curves. Well then, why do they love you? Maybe your millions of followers on Instagram might have something to do with it as well."

Blanca went on to discuss the difficulties of the industry, including the fact that despite having a "complex for being too thin," she's been critiqued on her body. "It's a huge personal shock when you go to a casting and someone tells you you're fat. I've been told I'm fat to my face."

Blanca's comments come at a time when the industry is under pressure to embrace diversity, still it's clear there is a long way to go in accepting women of all sizes for their natural bodies. Read on to see a few more of Blanca's comments about everything from body image to a near collision with Taylor Swift, and chime in with your thoughts in the comment section.

Celebrity Style
Never Have I Ever's Richa Moorjani: "Kamala's Style Is Almost a Reflection of My Own Style"
by Nikita Charuza 3 days ago