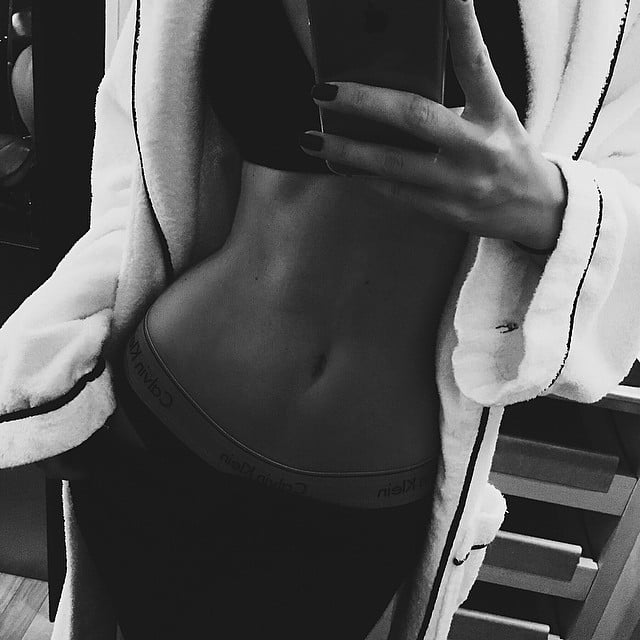 As the star of the #MyCalvins Denim Series campaign, it's no surprise that Kendall Jenner has a thing for snapping photos in the brand's signature underwear. But while past photos have been more playful, her latest selfie for the brand has a moodier sexy vibe. Kendall's Instagram snap features the model wearing a plush white robe paired with a black bra and trousers pulled down to reveal her underwear underneath. Based on the photo, it seems that Kendall is putting her own sexy spin on the comfortable underwear trend.

Kendall isn't the only star showing off her Calvins, models like Gigi Hadid and Miranda Kerr and A-listers like Vanessa Hudgens and Fergie have all stripped down to show off their skivvies. And while it's hard to guess who may be next star to share a #MyCalvins snapshot (maybe Kendall's sister Kim will jump on board?), we have plenty of celebrity inspiration to tide us over until another star joins the sexy selfie pack.