Wow the competition was really hotting up in last night's episode and the girls just keep getting bitchier! A big drunken row ensued as three of the girls attended a celebrity party (cue Aaron shouting at Louise Redknapp, "You're Louise Redknapp!"). Was anybody else shouting at their television screen when Aaron and Rachael couldn't even name an upcoming designer? Aside from the drama, the girls also had to do a slightly alternative fashion shoot with Huggy Ragnarsson. Huggy brought out the best in the girls for the hardest elimination yet, but which image do you think is better, Charlotte (right) or Stefanie (left)? 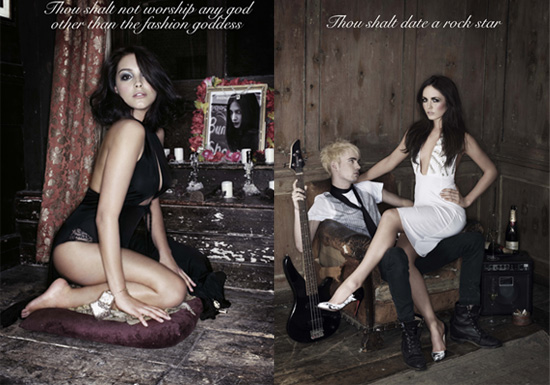