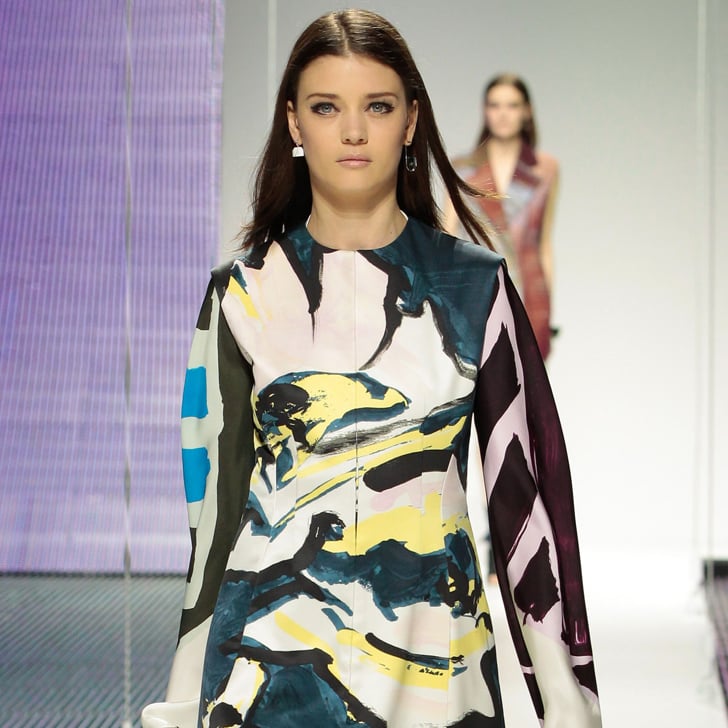 First came Alexander Wang, but we weren't convinced that the fashion world was officially on the outer-borough train until Dior took its 2015 Pre-Fall collection to Brooklyn.

Buzz that Raf Simons was taking his Pre-Fall show on the road to the Brooklyn Navy Yard had us scratching our heads in April, but once the collection took to the runway, before a cast of both New York- and Paris-based stars, the move made all the sense in the world. Because just like the intermingling of Allison Williams, Olivia Palermo, and Park Slope native Maggie Gyllenhaal with Marion Cotillard, Laetitia Casta, and Adèle Exarchopoulos set the tone as the kind of downtown cool that few cities have mastered like Brooklyn and Paris, so did the collection.

The feminine silhouette of that LBD? Totally French. The mesh and graffiti-like print underneath? Totally Brooklyn. The effect was the opposite of an American girl in Paris, more like a Parisian girl in New York City. And the resulting designs would appeal to any girl far outside the confines of either city.