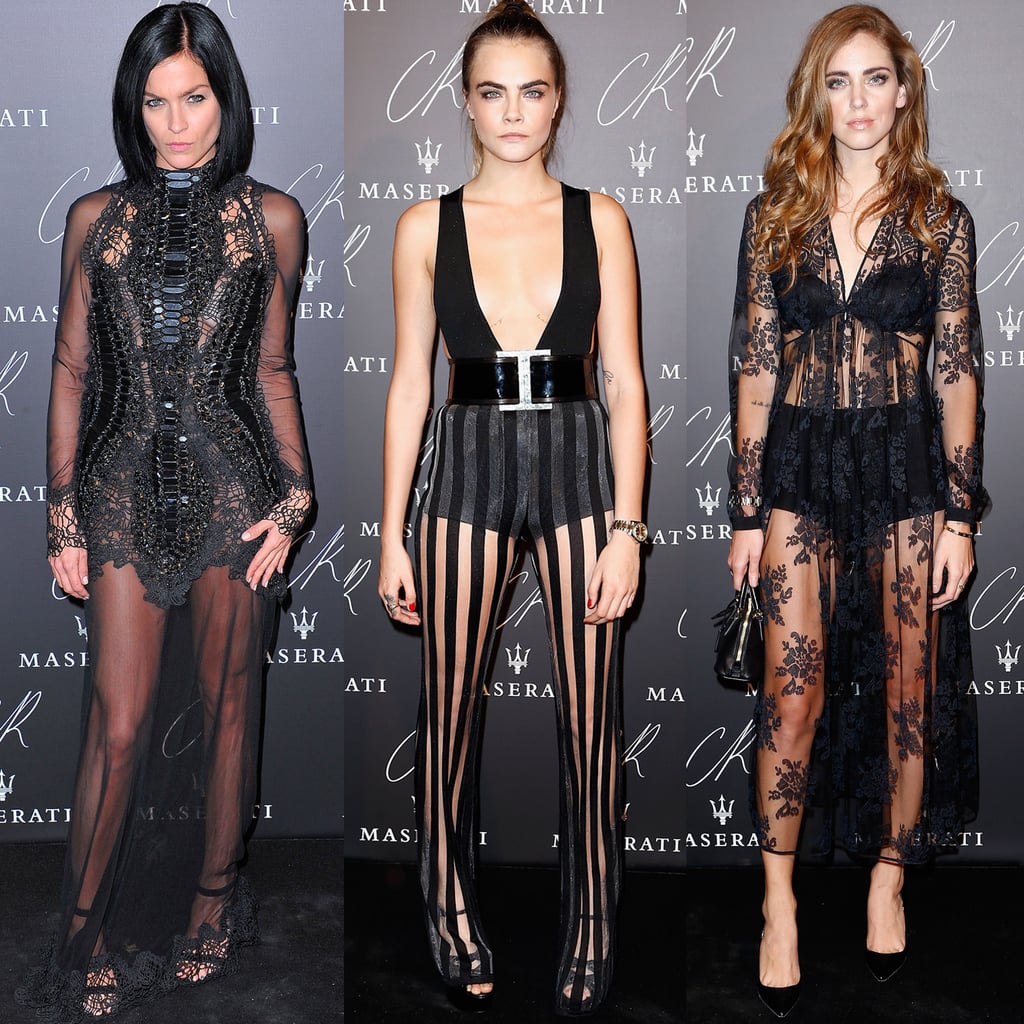 Did You Get the Memo to Wear All Black to Paris's Biggest Fashion Party?

Last night, Carine Roitfeld threw a party to celebrate the end of Paris Fashion Week and the release of the latest issue of her CR Fashion Book. The invite list read like a who's who of fashion and celebrity; from stars like Justin Bieber and Olivia Palermo to designers such as Riccardo Tisci and Olivier Rousteing, as well as models Cara Delevingne, Rosie Huntington-Whiteley, and Miranda Kerr. The event was themed "Inspired by Carine," so we weren't really surprised to see a lot of black on the red black carpet, as the noncolour is part of Carine's signature style.

But it seems like some of the guests got a special memo with their invitation: like the host herself, an unusually large number of attendees wore almost identical outfits, consisting of sheer black dresses and plunging jumpsuits. Does this mean Kim Kardashian is the ultimate trendsetter? She and her daughter, North West, donned this look already when they attended the Givenchy fashion show on Sunday. Ahead of the curve, this time Kim wore a cleavage-baring tailored ensemble topped off with a jacket featuring an oversize sparkling brooch. See who else was on the star-studded guest list, and find out who ditched the dress code as you read on.

by Nikita Charuza 9 minutes ago