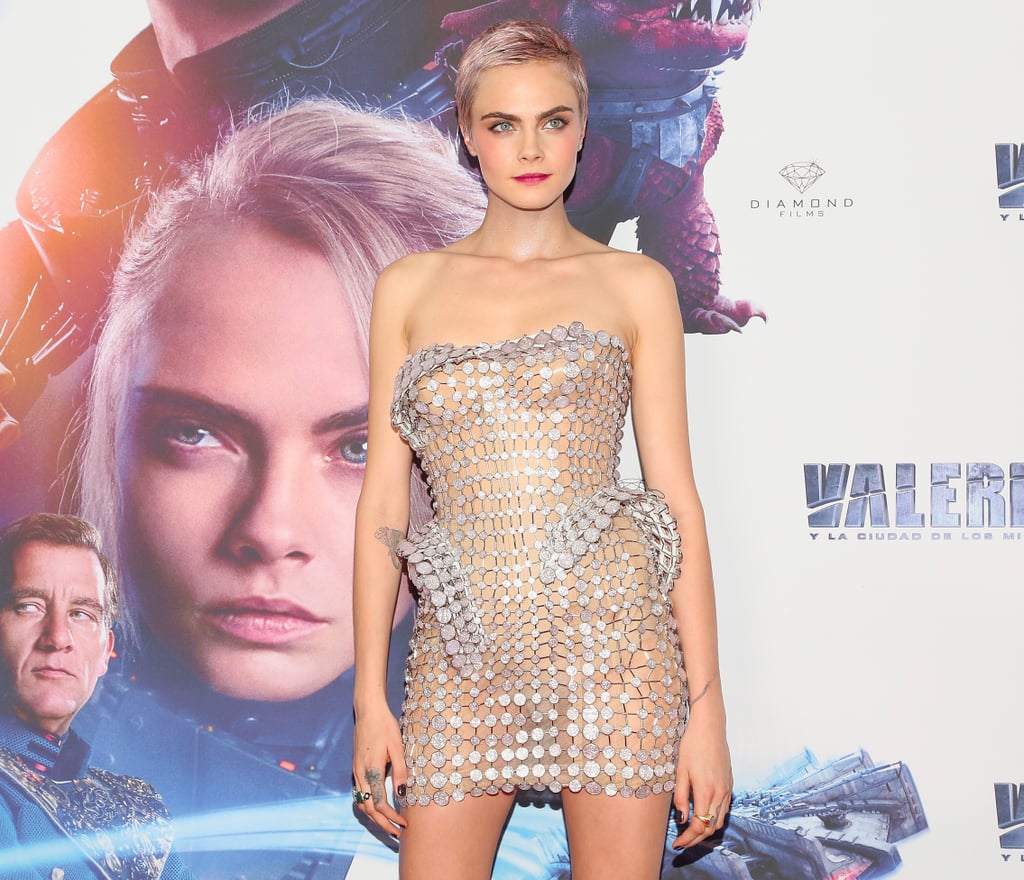 Is This Cara Delevingne's Sexiest Look Ever?

Cara Delevingne has been giving us a lesson in wearing silver recently, from her "sexy tin man" Met Gala outfit to the incredible jewelled collar she sported over her Burberry tuxedo at the UK premiere of Valerian. But she just topped the lot when she stepped out in a seriously sexy Atelier Versace number for the film's Mexico City premiere on Wednesday. The dress from the Autumn 2017 couture collection is made up of tiny shimmering light-reflecting discs, with sculpted panels on the waist and bustline that gave it an architectural feel. Teamed with equally shimmering strappy sandals and a platinum cropped 'do, Cara shone from head to toe, and that's before she turned around! Let's just say with a dress this sheer, you have to think carefully about undergarments, and it looks like this particular dress has some very clever lining panels hidden within. Take a closer look for yourself now.

British Celebrities
Wimbledon 2022: See All the Celebrities Attending the Tennis Tournament
by Joely Chilcott 1 day ago