It's been an amazing twelve months for Carey Mulligan. The British actress' star is definitely rising and as she racks up film roles – she has also been clocking up some amazing red carpet appearances. Harper's Bazaar has this month decided to honour Carey by crowning her the best dressed woman of 2010. Other women in the list include Alexa Chung, Florence Welch, Kristin Scott Thomas, Tilda Swinton, Natalia Vodianova, Natalie Massenet, Gwyneth Paltrow, Kate Moss, Sam Taylor-Wood, and Coco Sumner. The judges explained Carey's style as, "So sixties French new wave – like a Godard starlet – but totally modern." 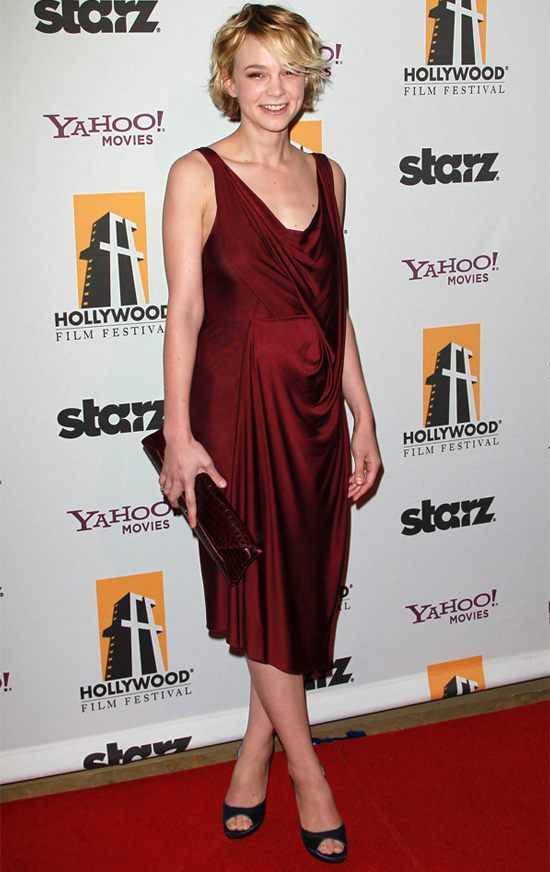 She works a very specific look and definitely has favourite designers. She is regularly photographed wearing Vionnet and Prada. Do you think that Carey deserves to be crowned Britain's Best Dressed?