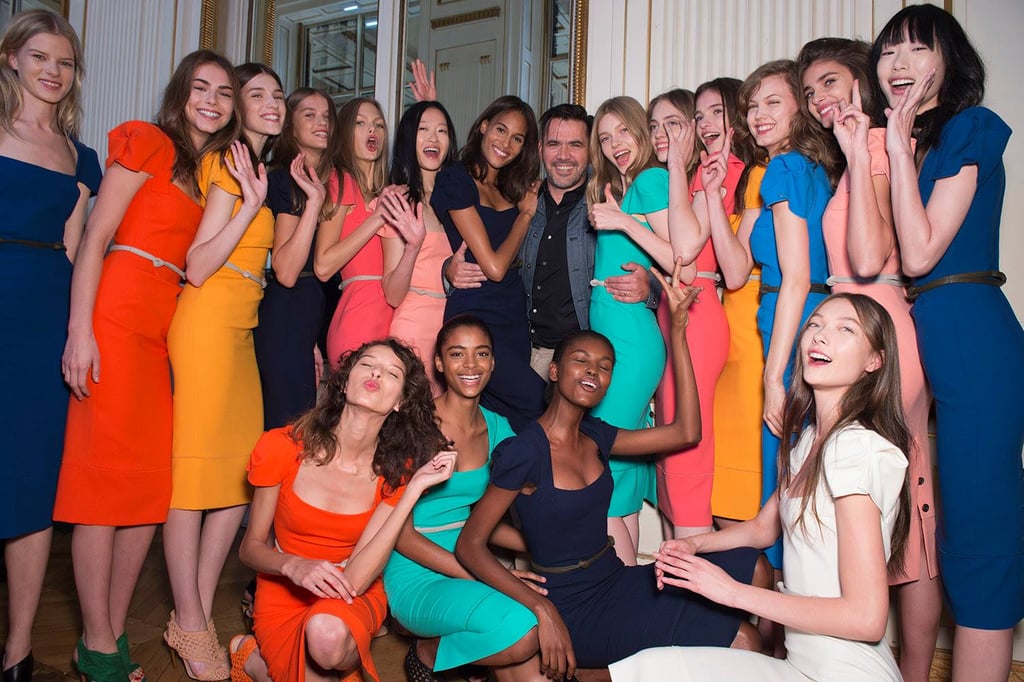 It's Been 10 Years Since This Iconic Dress Debuted

In 2005, Victoria Beckham, Naomi Watts, and Rachel Weisz agreed on one thing: Roland Mouret's Galaxy dress was the piece to wear on the red carpet. The design garnered legions of famous fans and became a staple in well-dressed women's wardrobes. Mouret himself writes of the dress on his website, "Worn and adored by so many, it still remains the dress of choice for countless celebrities and dignitaries across the world." One reason for Galaxy dress's continued relevance is the fact that, with a nipped-in waist and slightly puffed cap sleeves, its silhouette is universally flattering.

Mouret is paying tribute to his creation's 10th birthday with the introduction of a seven-piece capsule collection called, appropriately, Galaxy Ten. During his Spring/Summer 2016 show at Paris Fashion Week, Mouret further celebrated the dress by sending models down the catwalk wearing Galaxies in brand-new colours.

Few pieces of clothing stick around for 10 years, and fewer still are known by name. We're celebrating the Galaxy's milestone birthday by taking a slightly different approach. Undoubtedly a red carpet staple, we're looking back at the nine times a number of our favourite stars rocked the piece on the red carpet.