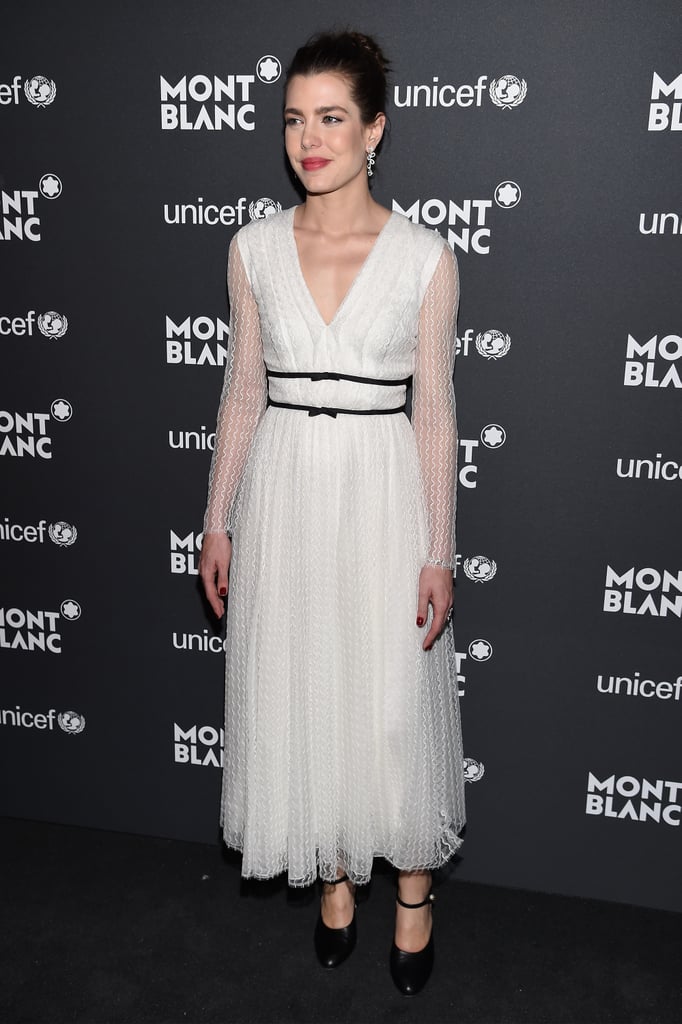 When Charlotte Casiraghi of Monaco makes an appearance, you better believe she knocks our socks off with her effortless, experimental style. Daughter of the princess of Hanover, Charlotte is quite the fashion insider, seeing as she's pals with designer Stella McCartney and is Karl Lagerfeld's go-to muse. Oh, and did we mention she's also the granddaughter of ultraglam actress Grace Kelly? Yeah, this gal's got it goin' on.

The 30-year-old royal recently stepped out for the Montblanc & UNICEF Gala Dinner in New York City and naturally stole the show with her outfit. At first glance, her ankle-length white gown looks undeniably chic and modest, but a closer look reveals a collection of eye-catching details you definitely don't want to miss. Her entire Giambattista Valli number is covered with simple accents that resemble squiggly lines for an added pop of texture that's especially noticeable on the sheer sleeves. At the waist, her gown has not one, but two thin, bow-adorned bands that match her shoes.

Ahead, see her eye-catching, ladylike dress in all its glory, along with the stylish cover-up she added after the event.

Celebrity Style
Dua Lipa's Sheer "Fendace" Dress Is Sexy From the Front, the Back, and Even the Side
by Yerin Kim 17 hours ago