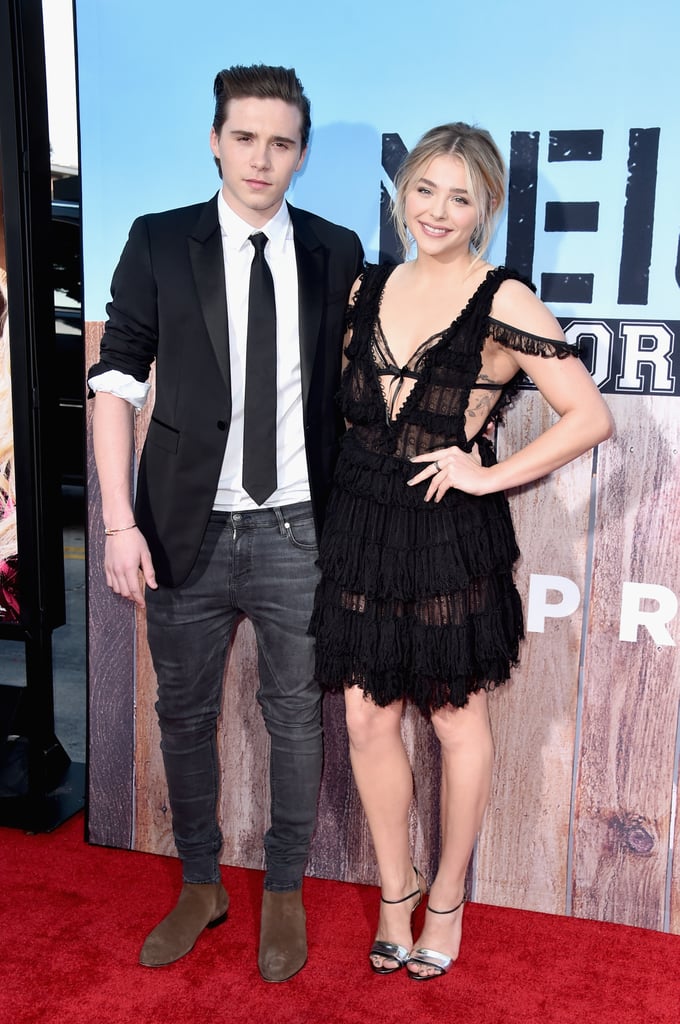 They just recently made it official-official, but Chloë Grace Moretz and Brooklyn Beckham have quickly become one of the world's cutest — and most stylish — couples. We mean, a fashion icon and a fashion designer's son?! Could it get more perfect? Apparently, yes, it can, because the two recently made their red carpet debut as a duo, posing together at the Neighbours 2: Sorority Rising premiere — in coordinating outfits.

While Chloë's black sheer, ruffled Alexander McQueen dress would have turned heads on its own, Brooklyn walked alongside her, matching in his black blazer, white shirt, jeans, brown boots, and tie. The too-cool combination was the perfect complement to his girlfriend's sexy look and also reminded us of something his dad, David Beckham, would wear.

Scroll through to see Chloë and Brooklyn put their impeccable style and new relationship on display. Then, check out the last time they coordinated with matching checkered Vans.