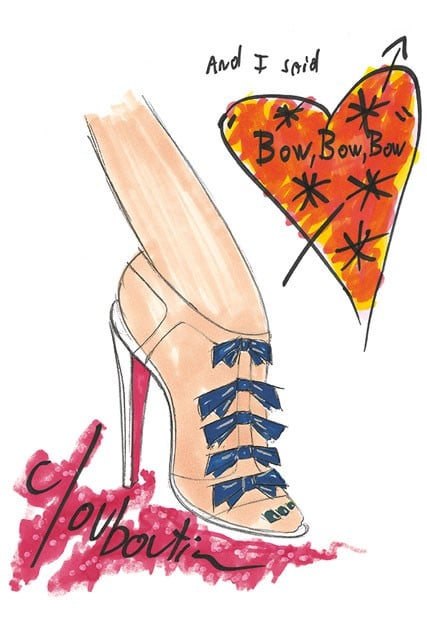 Calling all shoe lovers — I have some exciting news to report! French shoe designer Christian Louboutin is launching a special 26 shoe and six bag capsule collection to celebrate his 20th anniversary in the biz. Now that's something to be proud of! Just think of how boring red carpets, galas and photos of fashionistas' night's out on the town would be without his iconic red soles to spy. The range was inspired by none other than his original pieces coming from his love of cabaret and travel, which have been re-invented and slightly modernised.

The bags and shoes will be available for purchase starting on 27th February (dang, just a hair later than Valentine's Day) at Selfridges on Oxford Street, and then will be on shelves at Louboutin stores everywhere else from March. But for now, check out a sneak peek of eight sketched designs he created just for his fans!