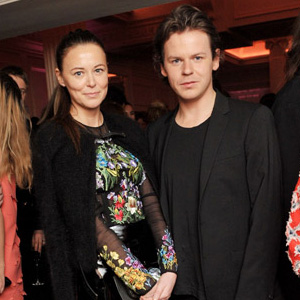 He's following in the footsteps of Erdem Moralioglu who won the prize last year. British Vogue editor Alexandra Shulman commented, "The shortlist was very strong and we were impressed by the level of talent which was inspiring. Christopher and Tammy have worked immensely hard and it is wonderful to see a designer with his vision and commitment rewarded."