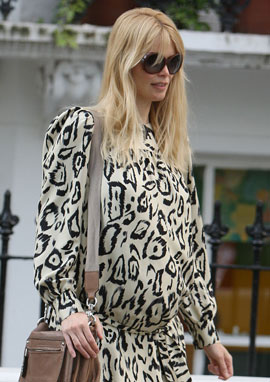 Claudia Schiffer and her husband, Kick-Ass director Matthew Vaughn, have announced the birth of their third child, a baby girl.

She arrived in the early afternoon on Friday, at the Portland Hospital in London.

The couple already have a son named Caspar who's seven, and a daughter named Clementine who's five.

They declined to reveal their new daughter's name just yet.

Congratulations to the whole family!