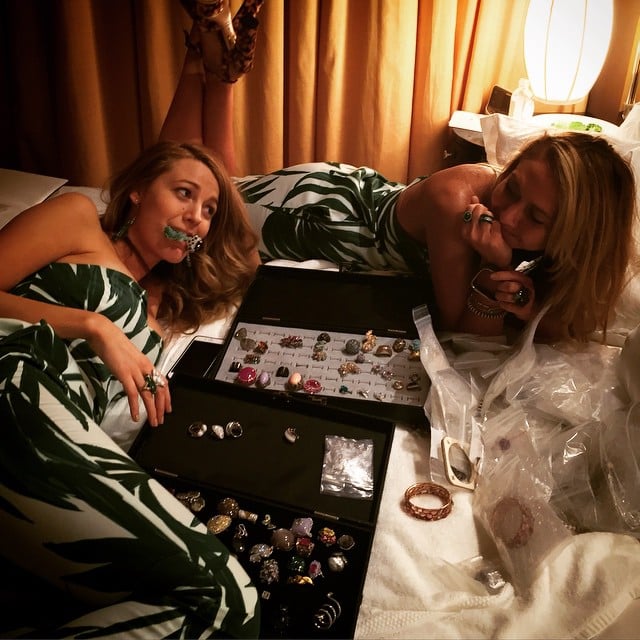 When Blake Lively first launched her website, Preserve, it was met with mixed reviews: Was she following in Gwyneth Paltrow's Goop footsteps? Would people pay hundreds of dollars for a floral shirt? We sat and we waited, following Blake's journey as editor and sometimes-designer, hoping to see her first baby grow and take off.

But sadly, that didn't happen. A little over a year from its start, Blake announced via Vogue that the site will soon close down. "We have an incredible team of people who do beautiful work, but we launched the site before it was ready, and it never caught up to its original mission," she told the publication. "It's not making a difference in people's lives, whether superficially or in a meaningful way."

So if you've ever wanted to own a coordinating set designed by the star herself, now's your chance. Read on to see all the pieces that popped up on Preserve — and on Blake's Instagram! — over the past few months, then snag 'em for yourself at their sale price before it's too late.