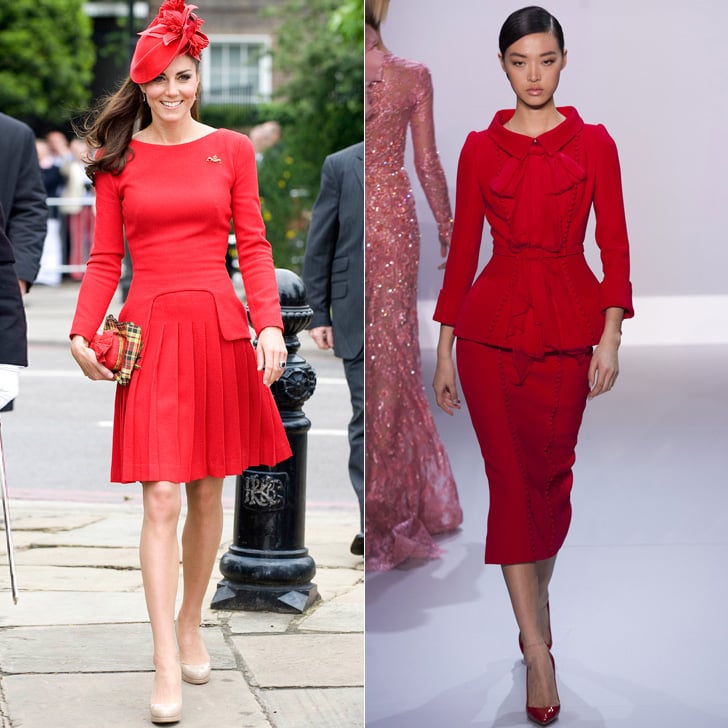 Could This Be Kate Middleton's Next Dress?

Now that we know The Duchess of Cambridge has commissioned a look from design house Ralph & Russo for her tour of Australia and New Zealand, all that's left to do is dream. And when it comes to the duchess, there's only one way we know how to dream: big. As Grazia reports, "Kate visited Ralph & Russo's boutique last month and said she was looking for inspiration for the tour . . . She liked that they had Australian connections and has apparently given them specific instructions for a gown."

And we can't help but let our fantasies get away from us when it comes to Kate's travel gear. After all, with cocktail dresses starting around £50,000, this London-based brand (comprised of engaged couple couple Tamara Ralph and Michael Russo) is the only British label elected by the Chambre Syndicale de la Haute Couture to be eligible to show at Paris Couture week and has been worn by Beyoncé and Angelina Jolie.

The Spring 2014 Haute Couture collection, which just walked in Paris earlier this year, was comprised of the kind of pretty beaded gowns and crisp suiting we've come to love from this modern royal. And while Kate's look — most likely a gown — will be one of a kind, we can't help but feel inspired by some of Ralph & Russo's runway looks.