Even Angelina Jolie decided to go for a swept-up sleek ponytail, something we don't typically see on her when she's making a formal appearance. Out of all of these hairstyles, I like the Penelope's classic look the best and Evan's drapey and too-thick tendril the least. Whose hair would you likely emulate at your next affair? 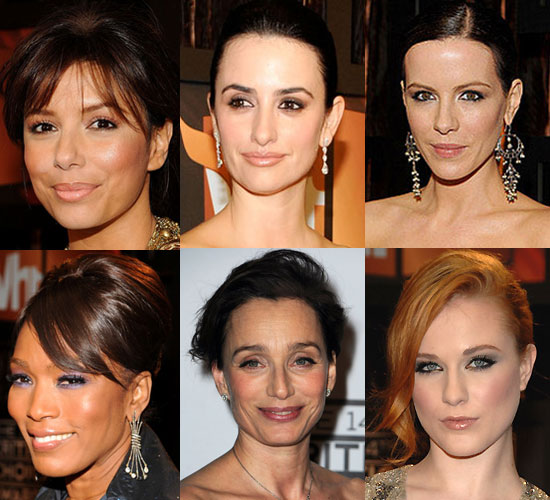 For tons more Friday afternoon fun, you can click here to vote on all of the Critics’ Choice Awards polls!