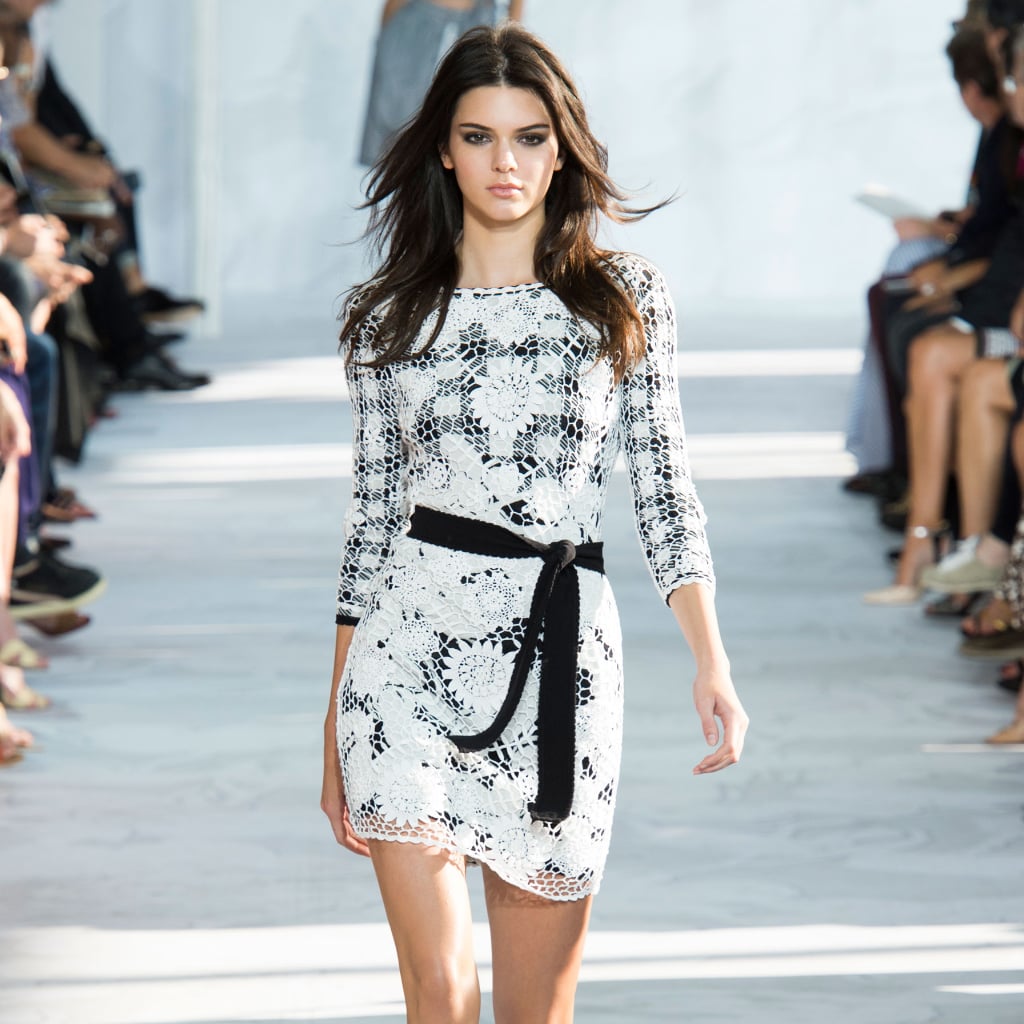 How does one top a celebration 40 years in the making? If you're Diane von Furstenberg, the challenge is far from a daunting one. In fact, the answer was as clear as black and white, literally.

Though the bright designer did not avoid colour entirely, she made a bold, graphic decision to feature said black and white in varying patterns and textures. Appearing in both modern prints and classic lace, the palette felt fresh for DVF — even when adorning classic wrap dresses. Also representing a willingness to evolve with the industry, the head of the CFDA once again opted not to show at Lincoln Center, in favour of New York's more intimate Spring Studios.

Of course, it never hurts to have Naomi Campbell on hand to close out your show in a splashy sundress. The supermodel, after all, has a rich tradition of stomping the iconic American designer's runway. But keeping to the theme of newness, the model of the moment, Kendall Jenner, was right behind her, ensuring that DVF will rule the fashion world for at least another 40 years to come.