Back in November I told you that Daisy Lowe had been snapped up as the new face of Marc by Marc Jacobs. Well, today the first images of her campaign have been released and I think you're going to be impressed! The campaign was shot, like all of Marc's ads, by Juergen Teller and although it's not as controversial as those Victoria Beckham pictures it has turned out quite well! I like the contrast between the pale background and Daisy's dark eyes and hair. What do you think of the photo? 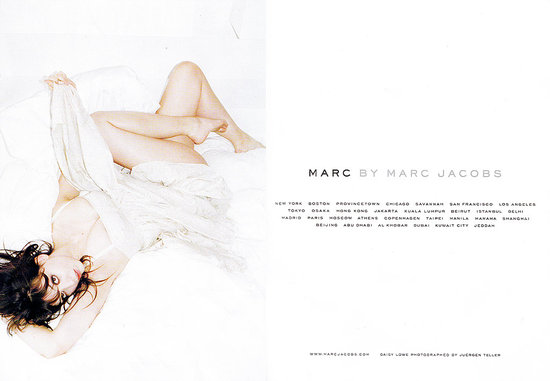