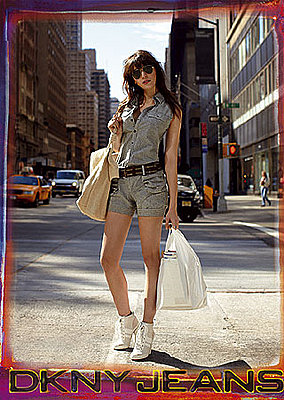 2009 has got off to a great start for Daisy Lowe who has got two major ad campaigns under her belt. Around the start of the new year I revealed Daisy's Marc by Marc Jacobs advert and here is her shoot for DKNY Jeans.

This shot sees Daisy looking at ease in her new hometown, New York. It was shot by The Sartorialist, Scott Schuman, and is supposed to reflect New York's street style. She certainly looks comfortable in that denim jumpsuit.

Daisy joins Chanel Iman, Sean Lennon and Kelly Osbourne who have all previously appeared in DKNY ads. Do you like this campaign shot?