Sophie Ellis Bextor stepped out on Sunday to celebrate the Olympics coming to London in a pretty polka dot prom dress. The dress was worn earlier in the year by the gorgeous Daisy Lowe who wore it on a date with Mark Ronson to Bungalow 8. Daisy is ever-so-slightly curvier than Sophie which I think adds to the dress shape. Both of them have similar complexions which is complimented by the redish tone of the dress. But it's not about what I think, who do you think wore it better? 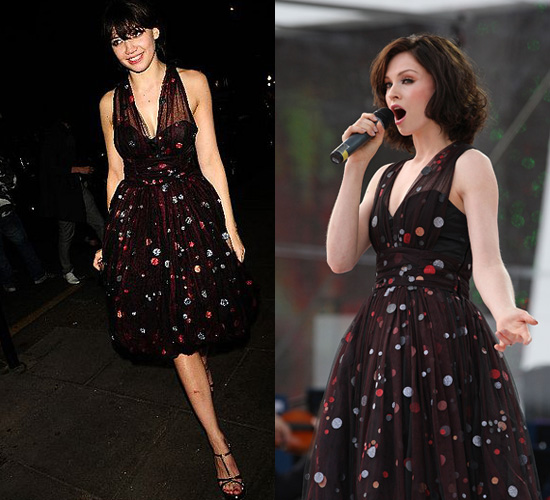