Blood, Sweat and T-shirts came to an end this week leaving a slight gap in our reality TV schedule but before you panic, here's something else for you to feast you eyes upon! Daisy Lowe is a name that has been popping up all over the place recently, perhaps most notably for her relationship with Mark Ronson. Now a new BBC series 'Class of 2008' follows the young model and her friends around their daily lives. Think a North London based version of 'The Hills'. Friends involved in the show include upcoming model Portia Freeman who has been linked to Pete Doherty, and Daisy's ex boyfriend Will Cameron. 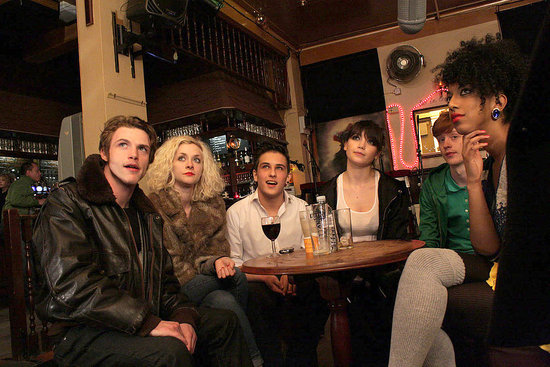 The show begins this Saturday at 12.45pm on BBC2.
Image courtesy of the BBC