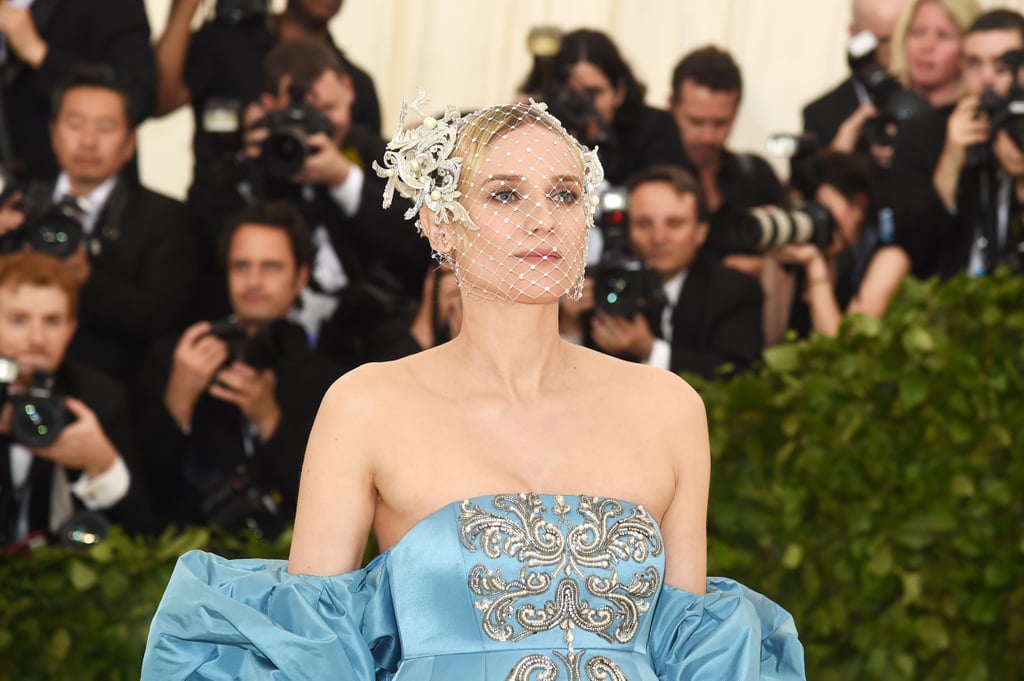 Stars donned iconic red carpet looks on Monday in honour of the Metropolitan Museum of Art's Costume Institute gala and this year Diane Kruger opted for the more angelic side of the theme with her dress choice. The In the Fade actress channelled her inner Disney princess and paired it with what we'd imagine she'd look like as an angel to fit into the "Heavenly Bodies: Fashion and the Catholic Imagination" theme.

Diane wore a powder blue high-low dress which packed quite a punch for such a short-fronted frock. It was designed by Prabal Gurung and had a seriously fierce train to go with it. The gorgeous jewels she paired with her dress were by Philip Treacy and everything about her look was heavenly. In fact, the designer called Diane "our heavenly queen" and "a sartorial star with an intellect to match" on his Instagram account and we couldn't agree more.

The beautiful and playful frock paired with a unique pearl headpiece made for a pure and powerful ensemble. Diane is no stranger to successful Met Gala looks over the years and this year is no different!

Related:
Every Look at This Year's Met Gala Is Bold Enough to Leave an Impression
Previous Next Start Slideshow
Met GalaDiane KrugerRed Carpet