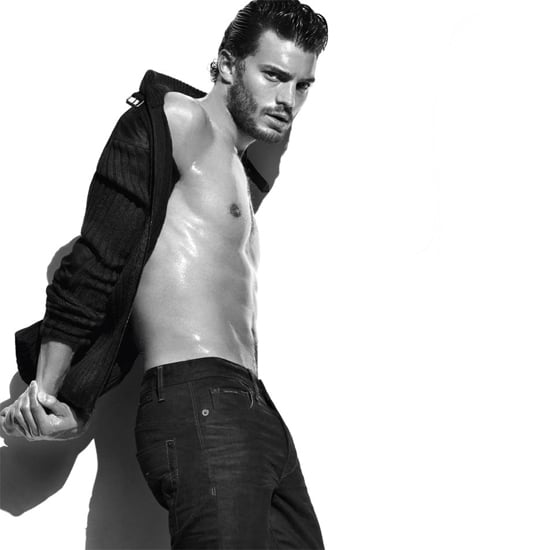 Today could be declared a national holiday, because we officially were gifted with the Fifty Shades of Grey trailer — and it's good. But Jamie Dornan's sex-appeal comes as no surprise to us here in the fashion community, who have been tracking the model's steamy career.

Before Dornan starred in Marie Antoinette, The Fall, and Once Upon a Time, he modeled for everyone from Dior to Calvin Klein, Armani, and Zara — and his time oozing sex appeal in front of the camera would surely help him play Grey's highly charged character. Take look at some of Dornan's modeling work or watch the trailer again and again (we know we'll be!) here.

This Dior Homme cologne commercial largely observes Dornan lounging on a bed in various states of undress — not unlike what we imagine Grey's character will be doing in the film.

When he wasn't posing in his underwear or jeans for Calvin Klein, Dornan filmed fragrance commercials like this one for CK Free.

Because there's nothing sexier than a sense of humor, this Dolce & Gabbana watch commercial sees Dornan in a less serious — but still sensual — role.

Dornan's character in this Banana Republic video campaign is a little more social than Christian Grey — but no less smoldering.

Of course none of these can hold a candle — or a whip — to his upcoming role as Christian Grey.