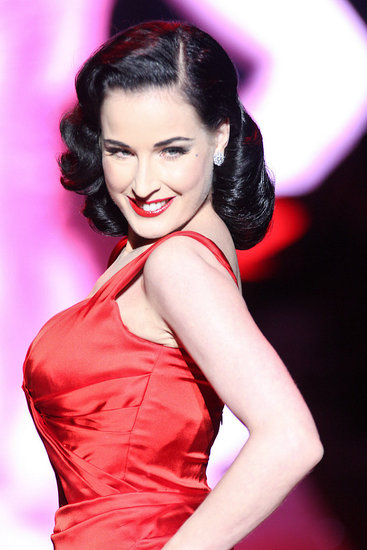 The rumors seem to be true: the glamorous Dita Von Teese is developing her own fragrance. While working in the French countryside with her perfumers, she tweeted about the process. Don't expect a fruity floral from the burlesque star, who counts Quelques Fleurs and Dior's Passage No. 4 as favorites. "No fruit, no vanilla, no candy," she insists. "Velvet sensuality with a dash of vulgarity! I want to evoke passion with fragrance: intense love/lust and distaste/fear rather than merely popular acceptance." No word on an official launch date, but if we had to guess, we'd predict late Fall or early 2012.