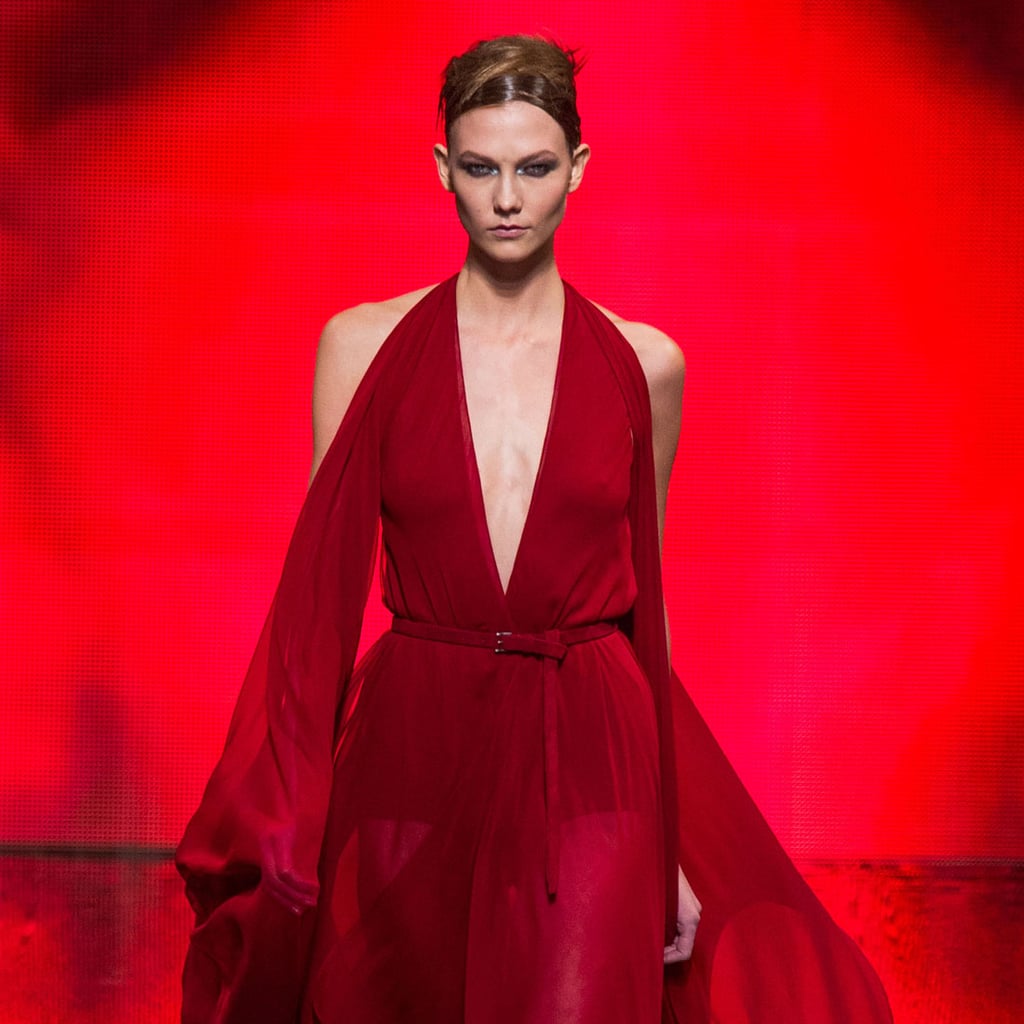 For some, turning 30 can be the cause of panic, but for Donna Karan's eponymous label, it was all about celebrating and definitely not looking back. With a star-studded front row including Hugh Jackman and Katie Holmes, Karan opened her show with a dramatic film by Steven Sebring that was meant to "express visually a woman's soul and spirit from the inside out," according to her show notes. As the film played in the backdrop, she sent out her most iconic pieces. But this was no nostalgic look back.

Rendered in monochromatic looks, bodysuits peeked out from diaphanous chiffon skirts. Military jackets paired with long-haired shearling hats by Stephen Jones, and camel coats and luxe puffers reminded onlookers that Karan always thinks of her New York women. Eveningwear was sensual, with burnt-out velvet chiffon exposing careful slices of skin and plenty of toned backs. Supermodels Karen Elson and Karolina Kurkova made rare runway appearances in support of the designer. All in all, it was a smashing birthday celebration, and we can only hope that her wish when she blows out the proverbial candles is 30 more!