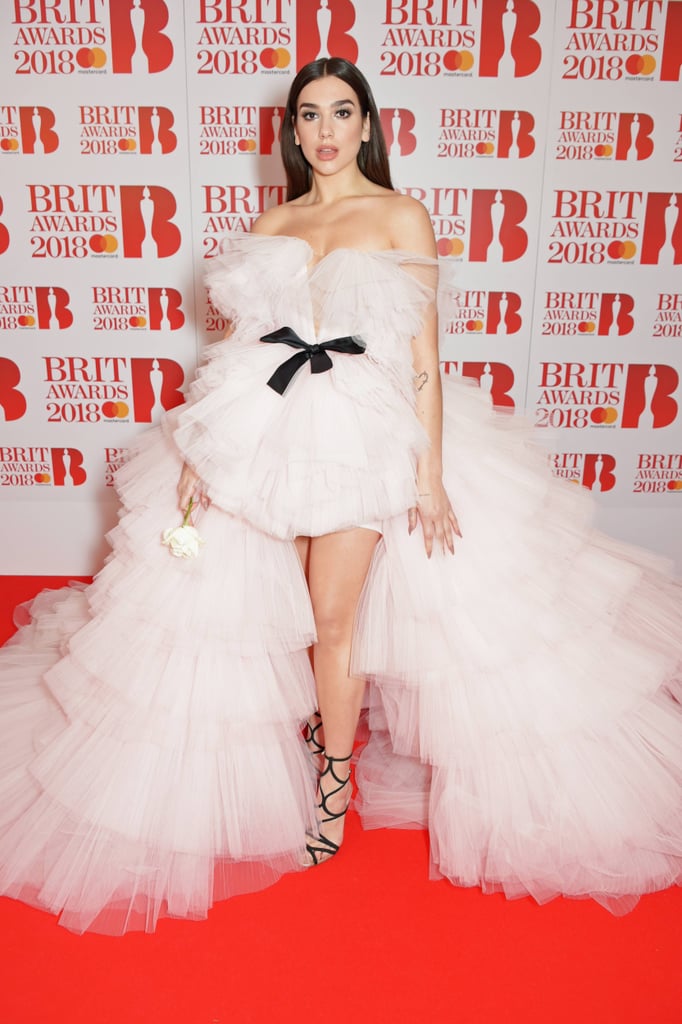 When it comes to breaking records, Dua Lipa is hotter than hell. The British musician is not only making YouTube history, but she was nominated for five Brit Awards on Thursday, so it's only fitting that she wore the dress to suit. Fortunately enough, the "IDGAF" singer stepped out in a powder pink Giambattista Valli Spring 2018 couture dress at the Brit Awards, channelling fierce femininity from its first powdery layer to the end of its impressive train. Dua styled the couture gown with black sandals and a white rose to show her support for the Time's Up movement.

Not only did Dua perform alongside the likes of Ed Sheeran, Sam Smith, and Justin Timberlake at the award show, but she's also the first solo artist to be nominated for five Brit Awards in a single year, taking home two of the awards on the night. Read on to see Dua's dreamy statement dress from all angles and how you can re-create the look.

British Celebrities
A'Whora on That Drag Race Outfit: "This Moment Is All I Could Have Ever Asked For"
by Navi Ahluwalia 13 hours ago

Netflix
Behind Her Eyes Star Eve Hewson: "I've Been Googling Myself Nonstop"
by Navi Ahluwalia 14 hours ago

British Celebrities
James Corden Gave Prince Harry a Tour of LA, and There's a Lot to Unpack — Let's Get Started
by Tori Crowther 14 hours ago