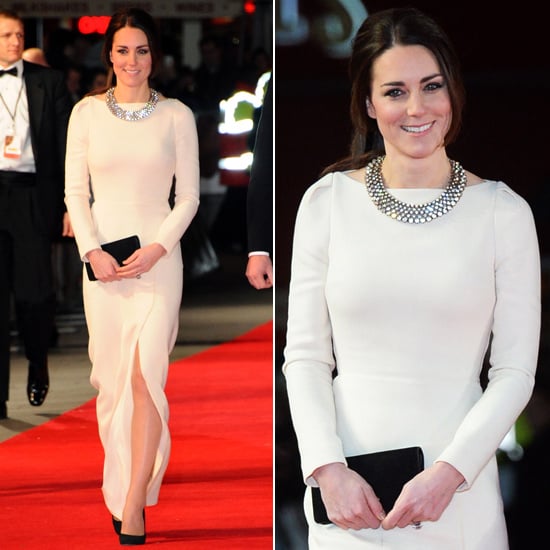 The Duchess of Cambridge always looks fabulous, but when she hit the London red carpet for a royal film premiere last night, she was at her most glamorous.

Looking more Hollywood than Buckingham, Kate wowed in a slim Roland Mouret gown. While the dress on its own was stunning, it is, most notably, the same dress we saw Kate wearing in London last year. Rather than silver sandals, she paired it this time with sleek black stilettos. Of course, much like her last public appearance, the most noteworthy accessory had plenty of sparkle — she is a royal, after all! Read on to see the dress's details and to look back at its first appearance! 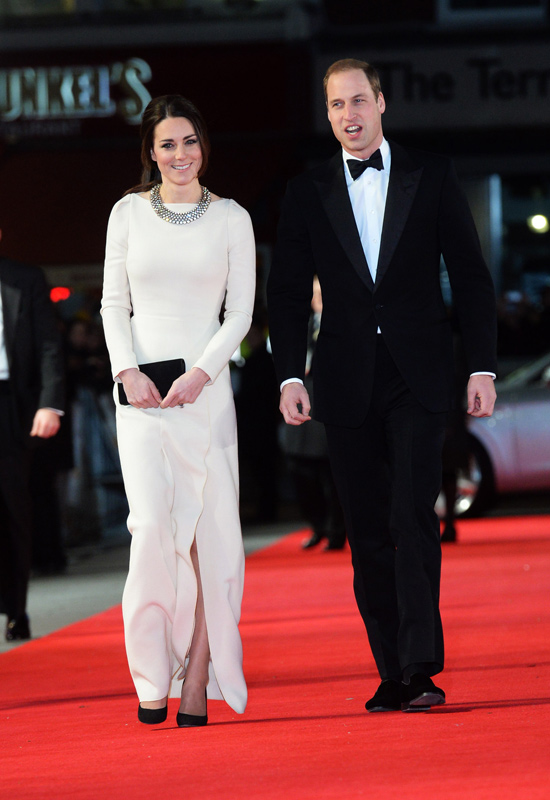 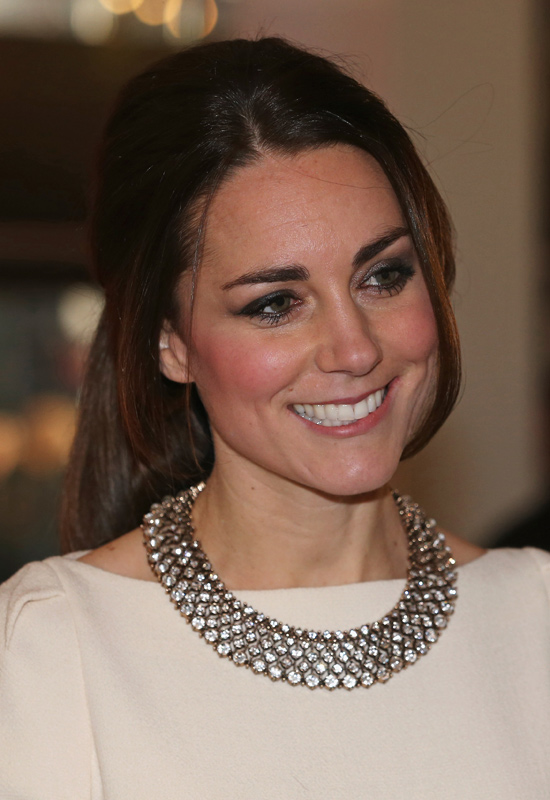 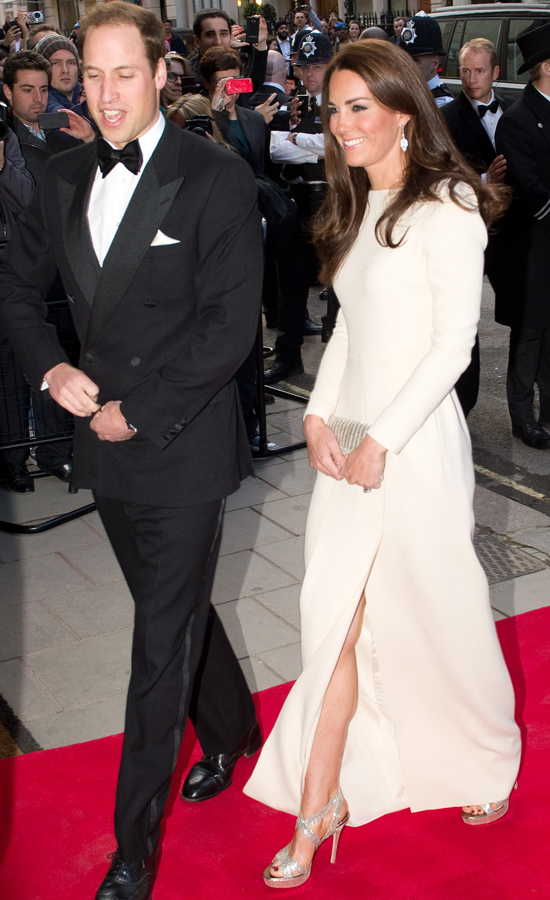