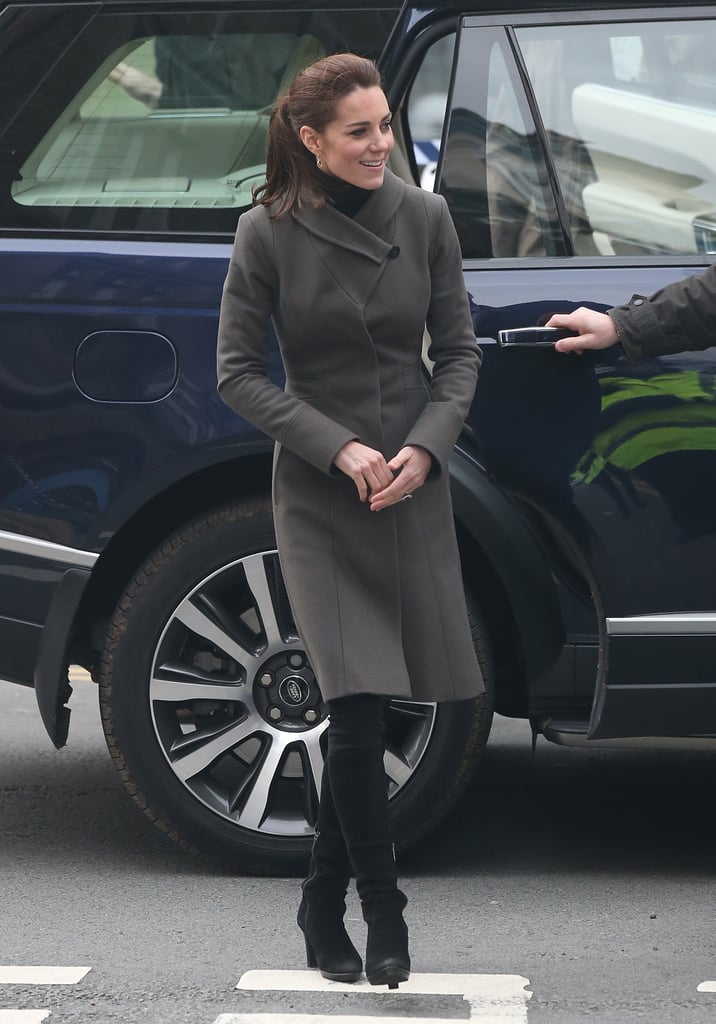 When it comes to undertaking royal engagements, at this point, Kate knows what works style-wise. She's a fan of simple but colourful outwear, often paired with basics underneath — that is, when she doesn't let a statement dress do the talking all on its own.

Today, Kate and her husband, Prince William, visited with young people at a centre in Northern Wales. Getting there involved a helicopter ride, so Kate had to go the no-nonsense route when it came to selecting her ensemble. She rewore a grey Reiss coat she donned back in 2012 during a trip to see the Football Association's National Football Centre and has owned since at least 2010; she reportedly picked up the piece for a good price when shopping at an outlet mall outside London many years ago. That style has since sold out – but we have a number of similar grey-green options below.

Kate paired the wool piece with her favourite black over-the-knee boots from Aquatalia, black trousers, and a black poloneck, with the overall effect looking sleek and polished. Her hairstyle was no-nonsense too, with everything pulled back into a neat ponytail.