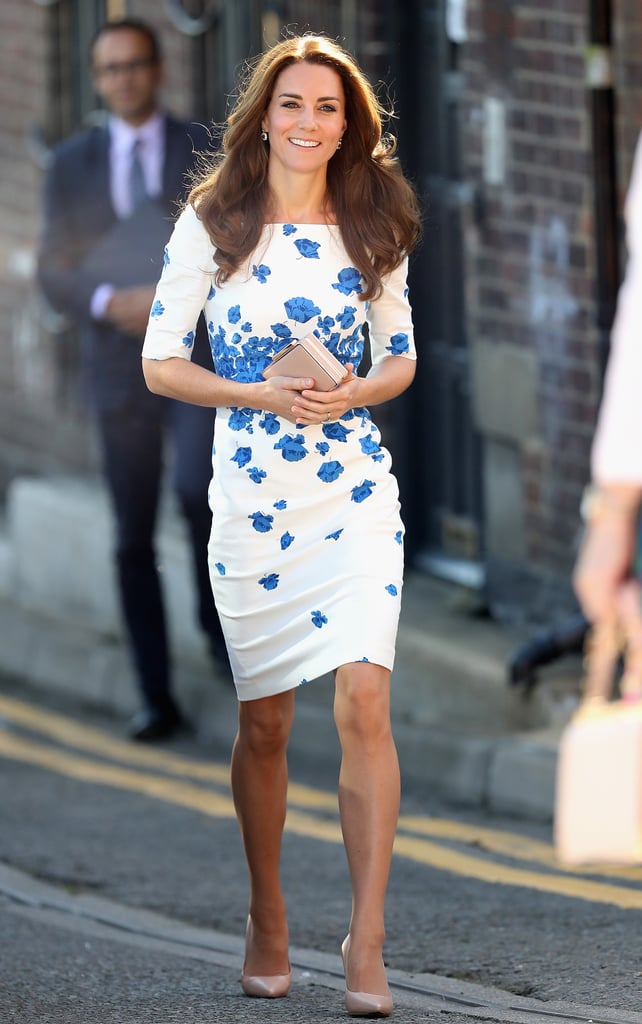 With 2 Simple Switches, Kate Turned Her Old Dress Into a Whole New Look

While we can't even begin to fathom how big the Duchess of Cambridge's wardrobe is, we're going to make an educated guess and say it's extra large. It has to be, considering how many dresses she stores in there and rewears years after they made their debut. During a visit to Luton on Wednesday, the duchess broke out an old favourite yet again, rocking a white and blue number from LK Bennett, which she first wore in Australia back in 2014.

The chic shift was superflattering on Kate, and thanks to two simple switches — trading a blue clutch for a beige one and dark shoes for something light — the dress looked like a whole new look. This isn't the first time this year Kate opted for a design from 2014: she wore an old Roksanda dress at Wimbledon in June, leaving us convinced she's favouring that year for fashion.

Scroll through to see Kate's look then and now. Then, see the pieces the stylish royal would totally buy from Zara.