I have really been enjoying the current series of Skins, especially the style of the characters which makes it stand out from other British dramas. Earlier this week I caught up with the man in charge of costume for the show, Edward Gibbon, to talk about his influences and which celebrities he thinks inspired the characters style. This is the first TV show that Edward has styled alone. He has previously worked on stage productions and will soon be starting the new series of A Secret Diary of a Call Girl. 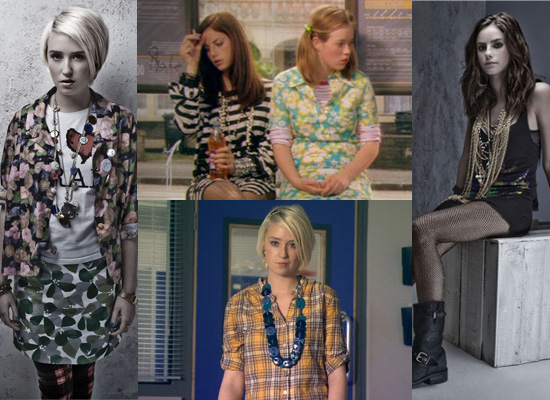 To hear what else Edward had to say, read more.

The last episode of series three airs tonight and the whole series is out on DVD on April 6th. Don't forget to check back tomorrow for the final style quiz!

Celebrity Style
Perhaps You Noticed Dua Lipa's Pearl Orb Choker Necklace? Everyone on TikTok Did Too
by Sarah Wasilak 12 hours ago