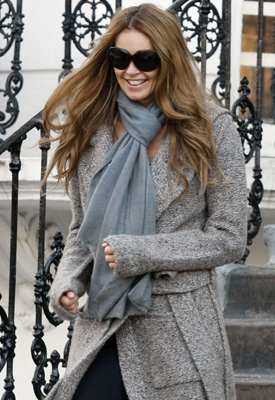 Elle Macpherson was all smiles this morning as she did the school run in West London, which might be due to landing her latest role. The Australian model has just been announced as the new host of Britain's Next Top Model. The show was previously hosted by Lisa Snowdon, but Elle is set to take over for the new series which will be shown in the Summer.

She commented, "I am really enthusiastic and motivated to work with the team of Britain's Next Top Model. We are looking forward to finding the face that can represent the next generation." She will also take on an executive producer role for the series.

It's exciting news to say the least. I love watching Tyra on America's Next Top Model, but have always felt the British version was lacking slightly. Are you excited to see Elle host the programme?