Emma Watson has truly caught the attention of the fashion world with her pretty English rose looks. So much so that Christopher Bailey has chosen the actress to front next season's Burberry campaign. The plan initially was to include several models in the shoot but Emma eventually squashed the competition to claim the shoot for herself along with four male models. A spokesperson for Burberry explained, "The campaign is not yet finalised and we won’t release any information until around the time of the official launch in June." 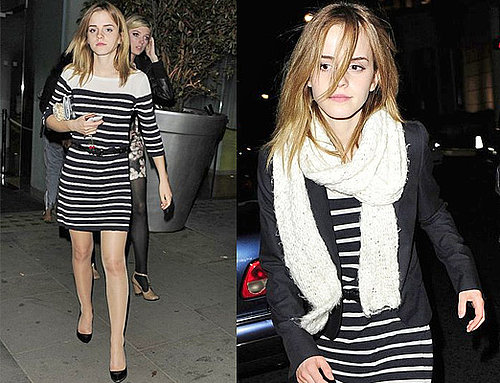 She was out partying this weekend in London sporting a nautical ensemble, which she accessorised with a plaited belt and cropped blazer. See below to copy her sailor chic look.