Last night Estelle took to the stage during Kanye West's performance at the MTV EMAs to sing American Boy. For the song she wore a striking blue Bernard Chandran dress from his Spring 2009 collection. The dress was bejewelled with exaggerated pointy hips. It was great to see so much support for young London based designers last night with Beyonce wearing Gareth Pugh and Estelle also wearing Ashish earlier in the evening. Estelle definitely made a statement in Chandran, what do you think? 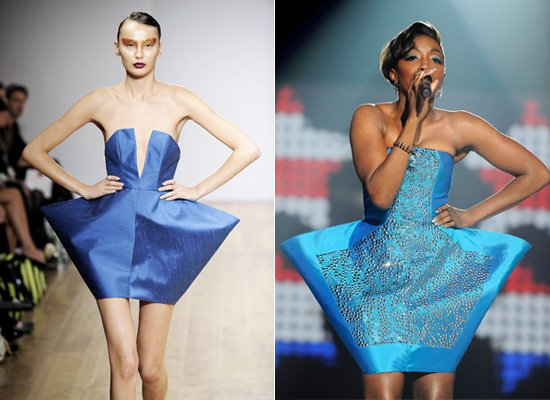