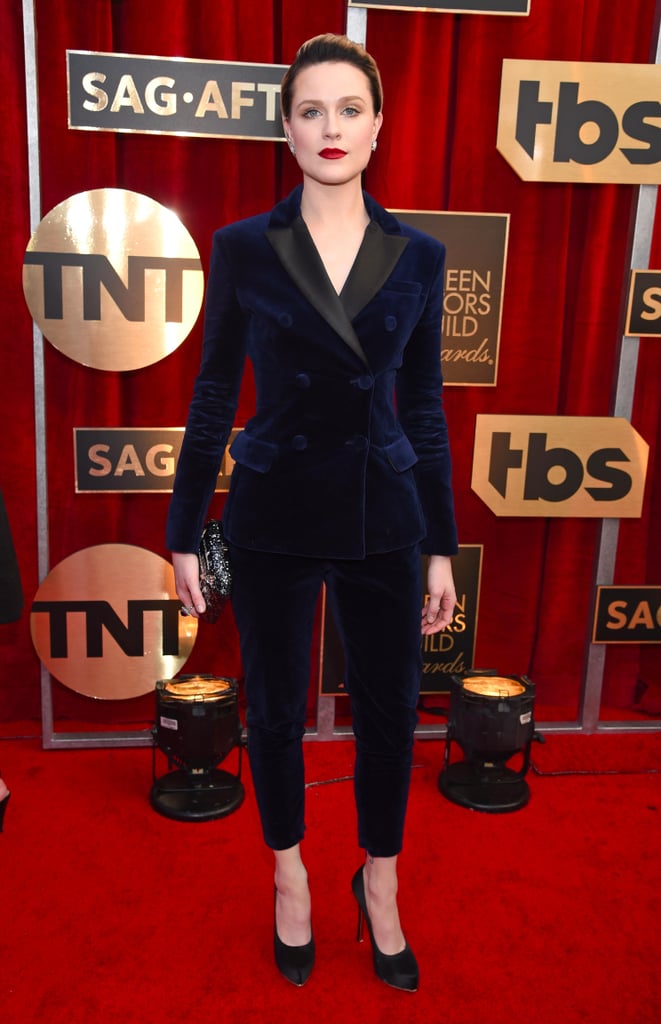 There's a simple reason you won't be seeing Evan Rachel Wood in a dress this award season: she "promised [herself she'd] wear a suit to every awards show." The Westworld actress showed up to the Globes in a trouser suit and continued her pants streak at the SAGs, in another Altuzarra look.

It's a message to women — and little girls — everywhere that we don't have to give into "the pressure to look a certain way," Evan said of her look on Sunday. She's making the choice to "go the other way," to show women that they have a choice, an alternative to the dresses and gowns that flood award season events and, well, formal events in general. And, when you present the alternative like this, with elegance and an important message (especially now, when we need it most), it's pretty empowering. Thanks, Evan.