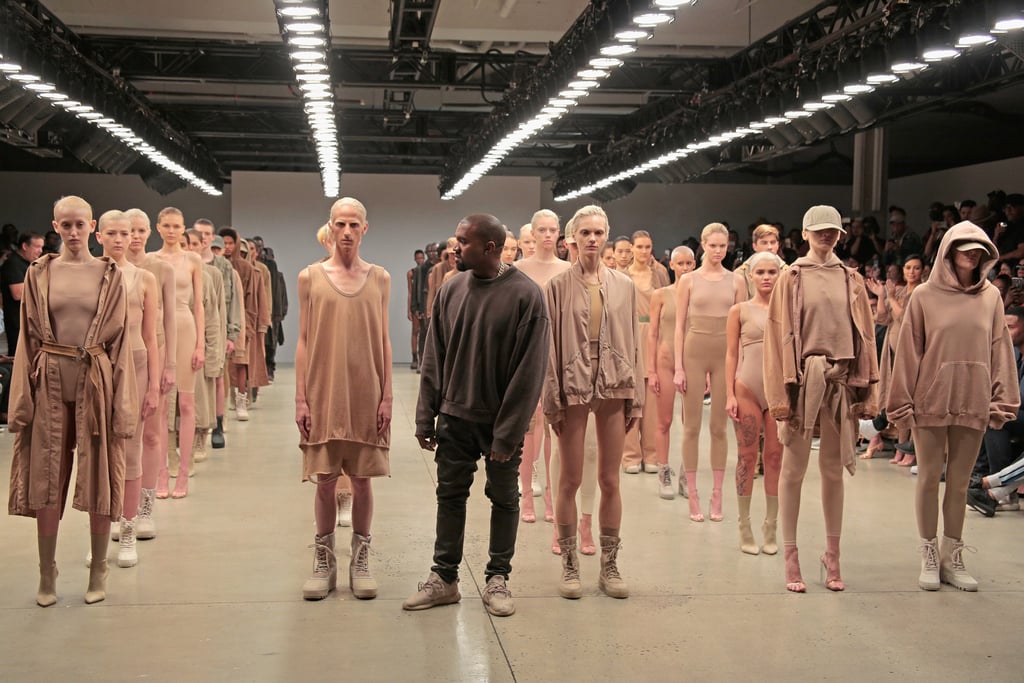 When Kanye West announced that his New York Fashion Week Yeezy show would be screened in cinemas internationally, we didn't expect a small, quiet presentation. After all the buzz surrounding the Yeezy Boost 350 trainers, it's clear plenty of people — street style stars and major celebs alike — are fans of Kanye's designs. Needless to say, they don't just want his sleek shoes.

Read on to see how Kanye premiered season two of his label, the models who showed off his neutral creations — which range from a sandy shade to military green — and most importantly, the A-list crew that sat front row — including Kim, Khloé, Kourtney, North, Lorde, and of course, Anna Wintour. One thing's for sure — when it's Yeezy season, Kanye doesn't just send a few looks down the runway, he throws a party.