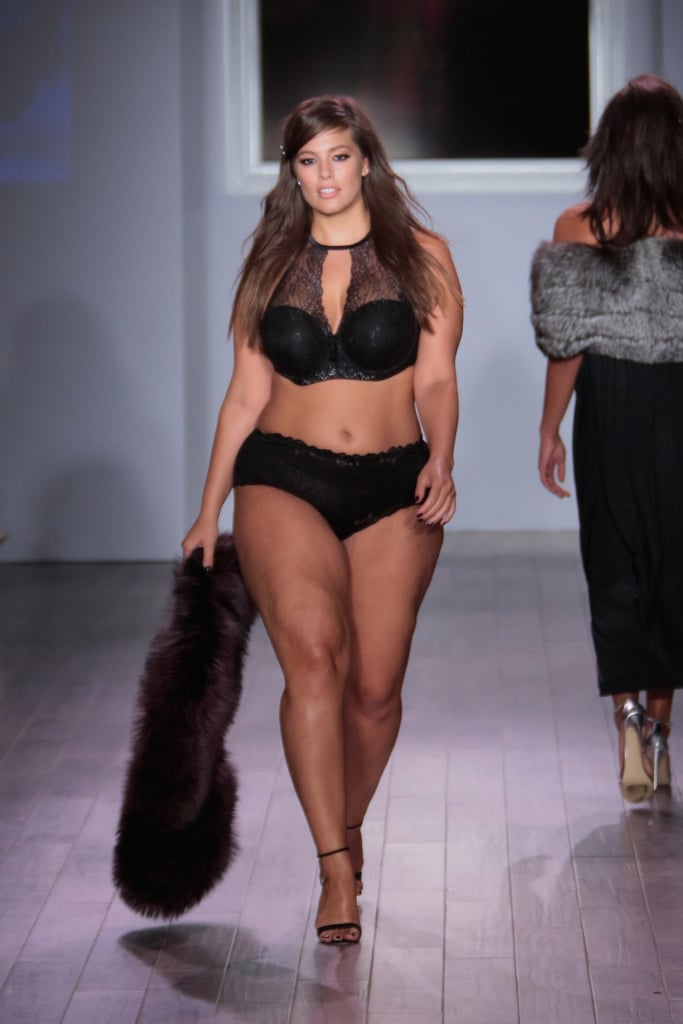 Exclusive! Ashley Graham Walked NYFW in Just Her Lingerie — and She Was Flawless

We've already seen Ashley Graham model her Addition Elle collection in print, but to see her work it on the catwalk is a whole different ball game. The model and clothing designer showed off her line during New York Fashion Week at KIA STYLE360 and chatted with us exclusively backstage about the experience of being both on the catwalk and running the show.

During the show, viewers were encouraged to use the hashtag #IAmSizeSexy on social media, a move that parallels Ashley's other groundbreaking projects including Lane Bryant's recent #PlusIsEqual campaign. Ashley continues to inspire and promote body positivity in the fashion industry, and after the success of her catwalk show, we can't wait to see what she's up to next.

So what was going through Ashley's mind when she took the runway in nothing but a bra and underwear? Read on to find out exactly what she had to say.

Justin Ervin
Ashley Graham and Justin Ervin Are Expecting Baby No. 2! See the Gorgeous Announcement
by Alessia Santoro 3 weeks ago