Last month I showed you Georgia May Jagger's first major ad campaign, and now more of the Rolling Stone brood are making waves in the fashion world. Alexandra and Theodora Richards are the daughters of Keith Richards and Patti Hansen and are this season fronting the French Connection ad campaign. They were shot by Terry Richardson for the High Street store as the duo pose in key Autumn items. They have previously starred alongside Lizzie Jagger in a Tommy Hilfiger campaign. What do you think of this French Connection shoot? 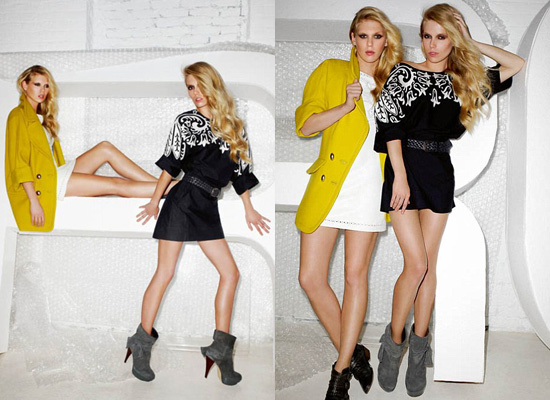