Another member of the Jagger brood has this week exploited her good genes pool by joining the fashion world with a Hudson Jeans campaign. The youngest daughter of Jerry Hall and Mick is signed to an independent agency and at just 17 looks sure to be a key player in the London fashion scene. Hudson investor David Lipman told WWD, “It’s all about her genes — literally and figuratively. It’s all about the heritage of having Mick Jagger as a dad and Jerry Hall as a mum. But more than anything, it’s her spirit that captivates me.” Georgia's English and American lineage also attracts the brand which has a Union Jack logo. What do you think of the young stars first major ad campaign? 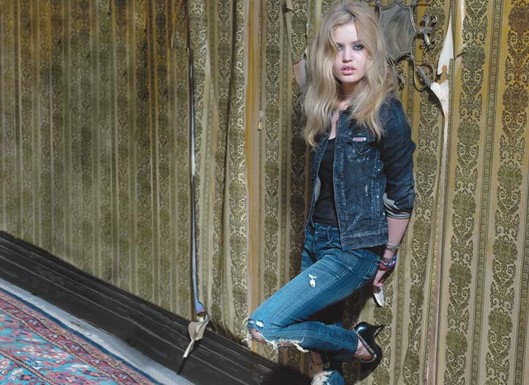