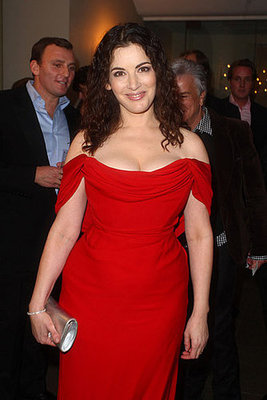 TV chef and food write Nigella Lawson caused controversy last night when she announced that she'd happily wear fur if she killed the animal herself. Appearing on The One Show on BBC1 Nigella was asked if she thought the fashion industry should outlaw fur. She commented,

"Going into a shop and buying a fur coat would be an act of weakness. But if I could go into the woods and kill a bear myself I would wear it proudly as a trophy.’’

People for the Ethical Treatement of Animals (PETA) were unsurprisingly unimpressed by her views and commented Nigella’s comments were ill-judged and show her in an unattractive light.’’