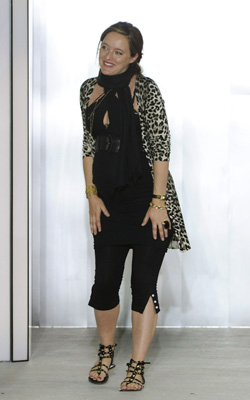 Back in March Alice Temperley announced her pregnancy and now mere days after her return to London Fashion Week she has given birth to a baby boy!

He was born on Saturday morning at 9am. Alice and her husband Lars von Bennigsen have named him (take a deep breath) Fox London Temperley von Bennigsen Mackiewicz.

The press office released a statement saying, "Having successfully returned to London to show the Temperley London spring/summer 2009 collection on September 15, only five days prior to giving birth, it has been an eventful but wonderful time for the designer and first time mother."

Wonder if little Fox will make a catwalk appearance in the coming seasons?